Jerusalem Magistrate’s Court Judge Miriam Kelsey ruled that Arin Za’anini should compensate former MK Yehuda Glick for attacking him when Glick was comforting members of the Al-Halak family whose son Iyad had been shot by police. The attacker was also sentenced to five months in prison.

Za’anini’s indictment said that when Glick had arrived at the mourning family’s home, Za’anini caught him and took him outside. He then “threw the plaintiff and rolled him down about twenty-five stairs near the mourners’ house. The plaintiff, who was lying on the ground, tried to get up, but the defendant and a group of people beat and kicked him in his body and head.”

The indictment also stated that during the incident, the assailant encouraged others to hit him, and the gang was beating him and yelling out that the complainant was a Jew who broke into the Al-Aqsa mosque, beats up women, and snitches on young people to the police.

Glick advocates opening the Temple Mount on an equal footing to prayer by Muslims, Jews, Christians, and others. He has been called “a symbol of the struggle for Jewish prayer on the Temple Mount.” Glick has spoken about his vision of a utopian Temple Mount that would include a “House of prayer for all Nations” with the Dome of the Rock standing alongside a rebuilt Jewish sacrificial altar.

Attorney Haim Bleicher of the Honenu legal aid society who represented Glick said, “We welcome the judge’s decision to order the attacker to pay compensations. Let every attacker and harasser know that they would pay out of pocket for harming Jews. We hope this punishment will deter potential attackers, who will think twice before daring to carry out any attack.”

Former MK Yehuda Glick said, “The court determined the amount of this compensation following a civil lawsuit I filed through attorney Haim Bleicher of the Honenu Association. It is a drop in the ocean compared to the suffering and humiliation I experienced.”

Glick added, “At the same time, this is not about me. The message must go out to all the parts of Israeli society in general and Arab society in particular, that violence doesn’t pay and that we as a society must completely condemn any violent conduct and create deterrence towards those who are considering using violence. This is first and foremost the duty of our leadership.”

“As an aside, I am happy to update further that thanks to the Kedem – Children and Youth Association, one of the boys who took part in the attack came to meet me together with his family, and he and his family apologized and pledged to act to eradicate violence and hatred. In this case, we said goodbye with a handshake,” Glick concluded.

Yehudah Glick survived an assassination attempt on October 29, 2014, by Mutaz Hijazi, a member of the Islamic Jihad terrorist movement. 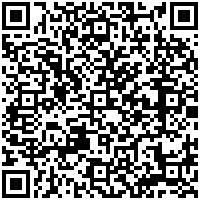