Some 300 Border Guard Police and Israel Police officers arrived at the Arab neighborhood in northern Jerusalem early in the day together with IDF soldiers to demolish the home.

It is standard Israeli government policy to demolish the home of a terrorist who murders an Israeli.

Tamimi opened fire at security guards working at the entrance to the Jerusalem suburb of Ma’ale Adumim on October 19, 2022, after having killed 18-year-old IDF Sergeant Noa Lazar in an October 8 shooting attack at the Shuafat checkpoint in northern Jerusalem.

He was killed by the security guards protecting Ma’ale Adumim.

“Congratulations to the security forces for demolishing the terrorist’s house this morning in Shuafat,” National Security Minister Itamar Ben Gvir said in a statement following the demolition.

Ben Gvir said destruction of a terrorist’s home is an “important step in the fight against terrorism and a good action by the Israel Police and Border Guard fighters,” and said “they have my full backing.”

Ben Gvir added, however, that although demolition of a terrorist’s home is important, he believes it is not enough. 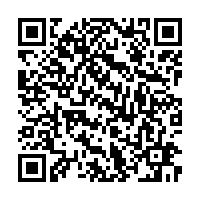