A medical team at Jerusalem’s Hadassah University Medical Center, Ein Kerem, has cured a Gaza man of a skin condition so rare that treatment is not listed in medical textbooks.


According to the NewHealthAdvisor.com website, the condition, known officially as epidermodysplasia verruciformis but commonly referred to as tree-man disease, is an autosomal recessive genetic disorder that affects the skin and increases the risk of carcinoma of the skin. It causes abnormal susceptibility to human papillomaviruses (HPVs) which eventually lead to the overgrowth of scaly macules and papules, especially on the feet and hands. The lesions bear a striking resemblance to tree bark.

Lead surgeon Dr. Michael Chernofsky, a Hadassah hand specialist and resident of Efrat in Gush Etzion, said Gaza resident Mohammed Taluli, 42, had suffered with the condition for more than 10 years but was unable to find successful medical treatment.

“Aside from the pain, the disease is very dangerous and could easily develop into cancer,” Chernofsky said. “[Taluli] eventually couldn’t move the hand. He had become withdrawn and fearful of any possible situation that could cause him to show the hand to other people. He kept the hand covered all the time and life was very hard for him.”

Chernofsky said the condition is normally controlled with oral or IV antibiotics, but occasionally there is an individual with a weak immune system that cannot defend against the virus.

Assisting surgeon Dr. Shai Louria said he and Chernofsky studied what little information they had about the condition before deciding to operate. “The idea was to draft a plan to minimize possibility that the lesions would return. It was also important that we prepare the dermatology staff, and to take special precautions in the operating theater, given the extremely contagious nature of the disease. We wore double gloves and special masks in order to avoid catching the virus,” Louria said.

Chernofsky added that while other teams have used medical torches to burn off some of the lesions, that method releases lesion dust to get into the air, thus endangering the medical team. To avoid that, he said the team worked slowly and carefully to remove the lesions as completely as possible, occasionally leaving no skin on the hand. The team grafted skin from other parts of the patient’s body in order to cover the wounds.

Hadassah spokespeople said in a statement that several days after the procedure, doctors are pleased with Taluli’s recovery process and said they were optimistic about the patient’s prognosis, saying the surgery wounds now look like serious burns.

For the patient, however, the success of the surgery is seen in terms of long-term quality of life. Here, Mohammed Taluli said the procedure has already begun to yield results.

“I have been suffering with this for nearly 10 years… After years of being ashamed and staying at home, unable to work and unwilling to show my hand to people, I have finally been given some hope of my life returning to the way it used to be,” Taluli said. 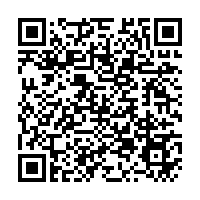