On Friday, a Chabad Chasid was fined 475 shekels ($131.94) for asking passers-by to put on tefillin, Kipa reported. The Chasid, who has been running the stall near the Jerusalem Central Bus Station for the past four years, was asked by a municipal inspector to fold up his stand and walk away, and when he refused, he received the fine.

Following reports on the social networks, Jerusalem Mayor Nir Barkat revoked the fine, and his office issued a statement saying, “The Jerusalem Municipality appreciates the activities of the Chabad movement in the city and throughout the country, with their mission of love for the nation of Israel and bringing people together.


“The municipality has had an excellent cooperation with Chabad representatives and its activists, and it should be noted that Chabad members generally apply for the permits required by law to set up facilities and stalls in the street.”

The statement went on to explain that “in this case, the complaints reached the municipal inspectors regarding the establishment of a stall without a legal permit. Unfortunately, despite the municipality’s requests and advance warning, the stall operator refused to do what was required of him to obtain the legal permit and even expanded the stand, adding a shed and signs – without permission.”

“At the request of Mayor Nir Barkat and in coordination with the city prosecutor, it will be made clear to the stall operator that the fine will be canceled and he will be asked to arrange the continuation of his activity in accordance with the law.”

City councilman and rightwing activist Aryeh King on Friday arrived at the location of the removed stall to protest the city’s enforcement inequity: “The Jerusalem municipality continues its policy, dictated by radical leftwing organizations – persecuting every Jewish feature in the public sphere, especially the tefillin booths, while the same Jerusalem Municipality is humbly giving a free hand to messianic missionary organizations.”

“Jerusalem is not Tel Aviv,” King declared, promising: “I will see to it that this will be only a one-time event that will not be repeated. We will continue to see tefillin and Jewish symbols in the public sphere of Jerusalem, the capital of the State of Israel.” 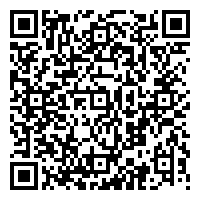