Otzma Yehudit chairman MK Itamar Ben-Gvir on Sunday returned to the Temple Mount and toured the place, according to a PR note from his office.


The visit came after Police Commissioner Kobi Shabtai had issued a specific ban against Ben-Gvir’s ascending to the mountain, which was complemented by and after a threatening video in Arabic that circulated on the Internet and called for harming him.

At that point, the MK approached the Knesset Officer and coordinated the visit with him. The police allowed the visit and sent a large force to accompany the MK as he entered the holy compound.

His visit went flawlessly, and as he left, Ben-Gvir said: “We will never give up the Temple Mount. This is the holiest place for the people of Israel.”

He noted that “the situation on the mountain is improving, but our demand is still for full sovereignty, the hoisting of the Israeli flag on the mountain and the removal of all the agitating elements of the Waqf who seek to harm Jews.”

“The threats against me only motivate me to continue working for the mountain, the people, and the country,” Ben-Gvir declared.

As many as 30,000 (and more) annual Jewish visits to the Temple Mount have been claimed by groups that encourage these visits – even though the majority of modern halachic authorities forbid it. There are many authorities—religious Zionists for the most part—who permit the ascent provided one avoids the sacred areas on the mountaintop. 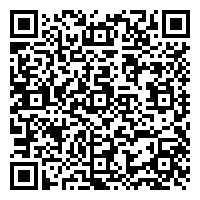