Dozens of MKs from several parties on Wednesday evening sent an appeal to Prime Minister Benjamin Netanyahu, requesting that the Jerusalem District Committee be allowed to convene and approve the plan to build 9,000 housing units in the neighborhood of Atarot.

About six months ago, and following years of delays, the Housing Ministry submitted to the Jerusalem Municipality and the Jerusalem District Committee a plan for the construction of a neighborhood in Atarot.


About two months ago, Minister of Construction and Housing Yaakov Litzman asked the Prime Minister to grant a political permit to advance the proceedings in the district committee.

Litzman wrote: “With the advancement of the planning of the neighborhood in Atarot, the establishment and expansion of the industrial area, which is currently operating with great success near the old airport, continues. In addition, the Brown line of the light rail is being planned to start from the Atarot airport area, and end in the southeastern part of the city, which would also serve the new neighborhood.”

Atarot was a moshav in Mandatory Palestine, located north of Jerusalem along the highway to Ramallah. It was named after the biblical Atarot mentioned in Joshua 16: 2, which is believed to have been located nearby. The moshav was captured and destroyed by the Jordanian Legion during the 1948 War. Atarot Airport, closed since the Second Intifada of 2000, and Jerusalem’s largest industrial park are located in Atarot.

The housing units are expected to be built in the north of the city, within the municipal area of ​​Jerusalem. The plan covers about 320 acres and with about 9,000 housing units, most of them on state-owned land. The plan also includes of 290,000 square meters of commercial space.

President Donald Trump’s “deal of the century” states that the area of Atarot is designated to be held in partnership by Israel and a future Palestinian State.

Ambassador David Friedman visited the site earlier this year and said there would be no American opposition to Israeli construction at the site. But Ambassador Friedman says a lot of things which later turn out to lack that special son-in-law approval.

The MKs reminded the PM that 16 Jewish fighters were killed out of the 19 who defended Moshav Atarot in 1948, and wrote: “In memory of those who fell in the area, and mainly to ensure that the ‘northern finger of Jerusalem’ will continue to be part of the united capital of Israel, under Israeli sovereignty, and in order to meet the public’s high demand for housing in Jerusalem, we ask you, Mr. Prime Minister, to allow the district committee to convene, approve and seal the plan, and complete all the approval procedures in order to start implementing it.”

Among the authors of the appeal to the PM are Likud MKs Amit Halevi, Ariel Kellner, Miki Zohar, Gideon Saar and the Minister of Jerusalem and Heritage, Rafi Peretz, from the soon to also become part of history Habayit Hayehudi.

Blue&White MKs who received the text of the appeal expressed interest, but chose not to join in the end.

They, too, are on their way to become a footnote in the history books. 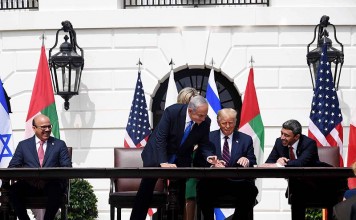 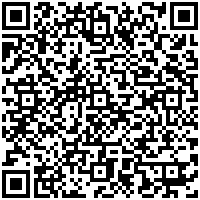