Several Molotov cocktails were thrown Monday night at Jewish-owned homes in the neighborhood of Shimon HaTzadik, on the outskirts of Sheikh Jarrah, where local Arabs have been rioting since before Operation Guardians of the Wall in May. Miraculously, there were no injuries from the fire that ensued. This incident follows the throwing of a Molotov cocktail Sunday night at the parking area adjacent to a Jewish-owned home in the neighborhood and fireworks that were shot with accuracy into Jewish homes.

Police intervened to stop the clashes that ensued between Jews and Arabs and arrested two 14-year-old Arab boys on suspicion of throwing the Molotov cocktails. Two others were arrested during the night after participating in clashes with police. The Red Crescent reported that 20 Arabs were injured in the clashes, two by rubber bullets and the rest by tear gas.


Following the first Molotov cocktail, a Jewish resident repelled an Arab rioter with pepper spray. A confrontation broke out at the scene in which both sides threw chairs and stones at each other. The Arabs also repeated their dangerous fireworks shooting into Jewish homes. This time, several thorn fires were ignited as a result of the fireworks and were put out by firefighters who were called to the scene. The police forcibly dispersed the Arabs using batons, tear gas, and stun grenades.

According to police, a Jewish woman was injured in the back from a stone during the clashes and required medical attention.

Tensions in the neighborhood have increased recently following the installation of a police checkpoint that prevents Arabs who don’t live in the neighborhood from entering. The Arabs are complaining that the police allow Jews to enter because they come to pray at the tomb of Shimon the Righteous. Whether they pray or not, the Jews who arrive from outside the neighborhood help boost Jewish presence there.

An estimated 60 Arab squatters in Sheikh Jarrah are facing eviction from Jewish-owned homes where they have stayed since 1948 when the Jews of the neighborhood were chased out by the British government and the Jordanian Legion.

The Rebbe’s Father, A Beacon Of Sanctity And Strength 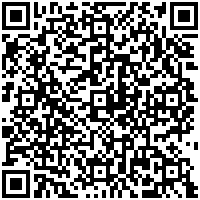