Prime Minister Benjamin Netanyahu announced after his return from the United States Friday that he will hand the Communications Ministry portfolio to Likud minister Tzachi HaNegbi.

The transfer is temporary and will be maintained for at least the next three months, while police investigate the prime minister’s relationship with Israeli media.


The investigation, known as Case 2000, involves the prime minister’s relationship with Arnon Mozes, publisher of the Hebrew-language Yediot Aharonot newspaper, the largest daily in Israel. Netanyahu is under investigation for allegations of making a deal with the publisher, trading better coverage in Yediot in exchange for reducing the coverage in competing daily Israel Hayom, a more conservative newspaper. There have been no indictments filed thus far.

Yediot is a more centrist-left newspaper – and the thought that such a news outlet would consider granting positive coverage of such a prime minister for any reason, even the most benign, is likely upsetting to the Opposition.

HaNegbi, who currently holds the portfolio for the Ministry for Regional Cooperation, will add Communications to his responsibilities. It’s not the first time he has managed some of the duties of the post; he held some of those responsibilities at the start of the Likud government as well.

Netanyahu relinquished the post following an order to show cause by the Supreme Court, demanding the prime minister explain why he would not suspend himself as communications minister due to an alleged conflict of interest.

The order followed a petition filed by Opposition leader Isaac Herzog, chairman of the Zionist Union, and the Movement for Quality Government, asking the court to remove the prime minister from his post as head of the communications ministry.

A Biblical Middle East On The Horizon? 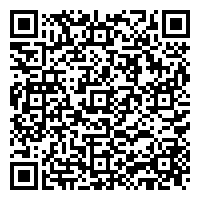