Philippines President Rodrigo Duterte on Monday called Adolf Hitler “insane” and vowed to oppose anything that could lead to a repeat of the holocaust. The president spoke during a visit to the Yad Vashem Holocaust memorial.

The statement was seen as a corrective measure to his September 30, 2016 faux pas, when Duterte compared the killings of suspected drug addicts to the Holocaust, saying: “Hitler massacred three million Jews. Now, there are 3 million drug addicts. […] I’d be happy to slaughter them.”

On another occasion, Duterte, who was depicted by the French newspaper Libération as a “serial killer president,” rallied his troops, telling them: “Just do your job. I will take care of you. I will go to jail for you. If you happen to rape three, I will own up to it. If you marry four, you will beaten (sic).”

According to local news sources, in August 2018, Duterte’s home province of Davao had the highest number of reported rape cases. Duterte responded to the news by joking that Davao has “many beautiful women.”

On Monday, at Yad Vashem, the president who threatened mass murdering drug addicts and cheered rapists, told the world: “I could not imagine a country obeying an insane leader. And I could not ever fathom the spectacle of a human being going into a killing spree, murdering old men, women, men, children, mothers.”

“I would like to say that we are one in saying that it will not happen again and my country will be the first to voice (opposition to) to such… massacre of a race just because of hate,” he added.

Duterte also said despots who show their insanity “should be disposed of at the first instance.”

President Duterte and Prime Minister Netanyahu on Monday signed a bilateral agreement for the temporary employment of Filipino home-based caregivers in Israel, which, according to Netanyahu, “will knock off as much as $12,000 from the cost of every caregiver. This is money that is taken away from the caregivers and the families, the Israeli families who so want their service.”

“In that spirit Mr. President, I welcome you; welcome to Jerusalem,” PM Netanyahu told his guest. 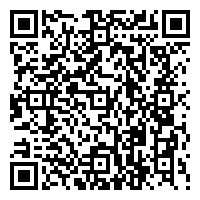