The high-speed train line between Jerusalem and Tel Aviv, slated to open in time for the Jewish holidays this autumn, probably isn’t going to be quite ready — again.

According to a report published on the Globes business news site, infrastructure work still isn’t complete on the section between Ben Gurion International Airport and the Tel Aviv Ha’Hagana train station.


Israel Railways may recommend to Transportation Minister Yisrael Katz that the new high-speed railways line be opened on erev Sukkot (September 23) for partial operation, between Jerusalem and the airport.

“The dream of half an hour from Tel Aviv to Jerusalem during [this] Sukkot is over,” a senior professional source working on the project told Globes.

The project, which began in 2001, was to see its all-electric train make its first run by the end of 2017; but now isn’t likely to be completed until at least next January. Once the rail line is operational, the trip between Jerusalem and Tel Aviv should take less than 30 minutes. 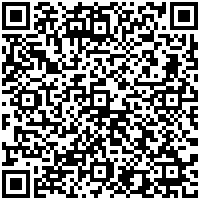