Transportation Minister Bezalel Smotrich has given a directive to the National Planning and Building Council to advance a plan that will see a railway station for Israel’s first high-speed train placed in the Old City of Jerusalem.

The train will bring tourists from Ben Gurion International Airport straight to the Western Wall, according to a statement issued Monday from Smotrich’s office.


The plan, launched a year ago by former Transportation Minister Israel Katz, languished while politicians fought over fine print.

But this week the National Planning and Building Council approved a new route for the train, although the details of the change were not made public.

The plan involves extending the high-speed line that has already been built from the airport, to Tel Aviv and on into the capital, to the Old City. To do so involves building more than three kilometers (two miles) of railway tunnel and two underground train stations underneath downtown Jerusalem as well as under the Old City of Jerusalem – a super-sensitive and extremely delicate task both politically and from an engineering standpoint.

Smotrich has praised the project as “historic,” calling the new train line “huge news for Israeli residents and the millions of tourists who come to Jerusalem . . . We are also succeeding in promoting the Zionist and Jewish agenda,” he added.

It’s expected the project will take about four years to complete, if approved. For tourists and Israelis with a physical disability, the new train line to the Western Wall will be nothing short of a miracle, enabling people with mobility issues to finally access Judaism’s holiest site as quickly and easily as other Israelis do. 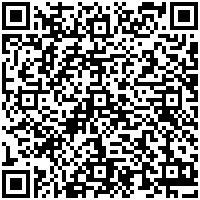