The US “remains committed to opening of a consulate for the residents of the Palestinian Authority in Jerusalem,” but “there are a number of steps that have to go into the reopening of any diplomatic facility, and some are “unique sensitivities to this particular facility,” State Department spokesman Ned Price stated.

Price told reporters during a briefing on Tuesday that the Biden administration continues to believe that the opening of the consulate, beyond the existing embassy in Jerusalem, can “be an important way for our country to engage with and provide support to the Palestinian people.”


“We’re continuing to discuss this with our Israeli and our Palestinian partners, and we’ll continue to consult with members of Congress as well. Meanwhile, at this very moment, we have a dedicated team of colleagues working in Jerusalem, in our Palestinian Affairs Office, focused on engagement with and outreach to the Palestinian people,” he said.

Secretary of State Antony Blinken spoke with Palestinian Authority (PA) head Mahmoud Abbas “to discuss maintaining calm and refraining from escalatory actions and the importance of advancing a two-state solution.”

According to the PA’s WAFA news agency, Abbas said that “the current situation cannot be tolerated given the absence of a political horizon, the lack of international protection for the Palestinian people, and the Israeli occupation authorities’ evasion of their obligations under signed agreements and resolutions of international legitimacy, along with their ongoing unilateral actions and settler intrusions into Jerusalem’s Al-Aqsa Mosque.”

Abbas “stressed the need to remove the Palestine Liberation Organization from US terror list, reopen the US consulate in Jerusalem and the PLO office in Washington as a full and committed partner in the peace process.”

A few months ago, TPS reported that the main demands made by the US as a condition for the opening of the consulate are that the PA stop its practice of paying salaries to imprisoned terrorists and families of dead and injured terrorists from the PA budget, and hold elections and renew its legitimacy.

Israel has repeatedly expressed its opposition to the US moves toward the opening of a consulate in Jerusalem that would provide services to Arabs from the PA.

Foreign Minister Yair Lapid stated in November that “sovereignty in Jerusalem belongs to one country, Israel,” and “if the Americans want to open a consulate in Ramallah we have no problem with that.”

“It’s not a question of politics. It’s an Israeli objection on principle for opening a consulate in Jerusalem. There’s an American embassy [in Jerusalem],” he underscored.

A long list of US Representatives from both sides of the aisle have expressed opposition to the US reopening of a consulate in Jerusalem. 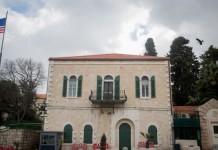 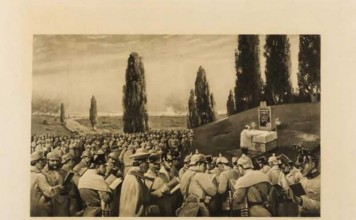 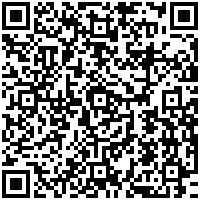