Police arrived at the home of former MK Yehuda Glick (Likud) in Jerusalem Tuesday night to execute a search, following which he was detained on suspicion of stealing documents from his investigation folder. The six police detectives handed Glick a search warrant approved by one of Israel’s three Ethiopian-Israeli judges, Bialin (Benny) Elazar of the Jerusalem Magistrate’s Court, and informed him that the search was being conducted on suspicion of disrupting investigative proceedings.

The cops believe that while the former MK—who is possibly the nicest and most honest guy in the whole country—stole evidence out of his investigation folder while he was left alone in a police interrogation room. His interrogation followed his arrest on the Temple Mount Tuesday morning because – wait for it… he was walking too slowly, which made it appear as if he was meditating or engaged in some other way in contact with his Father in Heaven, which is forbidden to Jews at the site of two holy temples. I am not making this up (see: Watch: Yehuda Glick Arrested on Temple Mount for ‘Walking Too Slowly’).

At 11:37 PM Tuesday, Glick tweeted: “Israeli police officers now came home to me at 11:30 PM to arrest me.” To which follower Abu Romi responded: “When the Likud is in power they’ll fix the disorder in the police,” which was funny, but not as funny as Ariel Schnabel’s tweet: “Maybe you said the Shema in bed too slowly.”

Glick then tweeted images of the search, with the caption: “Cops at home at midnight after a full day of harassment.” To which a few leftists with a grudge tweeted that he deserved it for trying to ignite the Middle East by visiting the Temple Mount while Jewish.

Glick then tweeted: “The search is underway. The whole house. In the girl’s makeup, in the washing machine.” At which point the Twitter crowd’s mood turned ugly and they started attacking Minister of Public Security Gilad Erdan (Likud).

Erdan tweeted: “I am sad about every citizen who is arrested or searched at home. This is a serious violation of his privacy and rights, certainly when it comes to my friend Yehuda Glick […]. After the conclusion of Yehuda’s investigation, I will endeavor to clarify the circumstances and the whether this invasive action was justified.”

Erdan also wanted everyone in Twitterworld to remember that the search was conducted with a warrant from a judge, and that he, as minister of the police, cannot interfere in the investigation.

For the record: this reporter saw the search warrant and it looks less legible than a prescription scribbled by a blind doctor in a moving vehicle crossing the railroad tracks. Considering that his warrant is supposed to explain to a citizen why his privacy is being invaded in the middle of the night, this judge certainly has failed to live up to minimal judicial expectations.

Glick was hauled for another interrogation, which ended around 6:30 Wednesday morning. The cops released Glick to his home under restrictive conditions. Oh, and they didn’t find anything.

Transport Minister Bezalel Smotrich tweeted truth to power: “The Israeli police needs an emergency cleanup of the stables (Hercules’ fifth labor – DI), and this judge does not deserve to stay in his job even one more day. The vengeful pursuit of Yehuda Glick is frightening. Where is [Attorney General Avichai] Mandelblit who should stop this Mafiosi frenzy and send some people home over there???”

Smotrich concluded: “Then they wonder and roll their eyes at the dive the public trust in law enforcement is taking.”

Right off the main board, off the deep end. 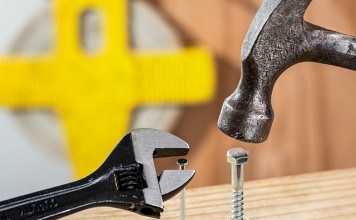