Black lights and sensational music. Dancing. Prayer. Charity. A march of thousands of colors from more than 80 nations – a march in solidarity with Israel. In essence, it’s Jerusalem’s Christian Zionist Super Bowl.

Such was the scene of the 36th annual Feast of Tabernacles conference and celebration, hosted by the International Christian Embassy Jerusalem (ICEJ) from Sept. 27-Oct. 1. The event brought more than 5,000 people to the Israeli capital, including more than 50 pro-Israel Christian parliamentarians and government officials from more than two-dozen countries. Several African nations sent a large delegation of cabinet ministers and members of parliament (MPs) to officially represent their countries.

According to Dr. Jurgen Buhler, executive director of ICEJ, the median age of attendees was between 30 and 40. The weeklong festivities mark Israel’s largest annual event for tourists and the largest solidarity mission to the Jewish state this year, injecting an estimated $16 million into the Israeli economy.

In a video speech Sept. 29, Israeli Prime Minister Benjamin Netanyahu praised the Christian Zionist attendees for their “unfaltering, enthusiastic support [of Israel] over the years.”

“Israel has no better friends around the world,” he said.

Similarly, Jerusalem Mayor Nir Barkat said, “Not everyone in the world seeks the best for Jerusalem. There are people that challenge our history. Sometimes, we feel alone….Your friendship is warming our hearts. I want to thank you for your prayers and your unprecedented support and passion.”

In a speech that pulled heavily from the Torah, Israeli President Reuven Rivlin spoke to thunderous applause. He said his Jewish ancestors could not have envisioned the ingathering to Jerusalem of Jews from around the world to build farms and villages and make the desert bloom.

“Yes, my dear friends, the return to Zion is not just the redemption of the Jewish people alone. It should give hope to all mankind. Indeed, it would change the world…. Thank you for standing with us. Pray for the people of Jerusalem—may it prosper. God bless,” said Rivlin.

The focus of this year’s Feast was “The Evangelical Revolution and its Potential for Israel,” and conference sessions honed in on the impact rising evangelical support could have on the Jewish state – politically and economically.

But there was less than unanimous support among Israelis and Jews for the gathering. In a statement released shortly before the ICEJ-hosted Feast, Israel’s chief rabbis accused the annual celebration of being an effort to convert Jews to Christianity. They called the event “spiritually dangerous.”

Like the rabbis, Ruth Guggenheim – executive director of Jews for Judaism, an organization that seeks to counteract proselytizing – was wary of the Feast’s intentions, saying, “There is a tremendous power in being immersed in their prayer services. ‘Davidic dance’ programs and various workshop festivities can be very seductive and overwhelming.”

She added, “All one needs to do is Google ‘Messianic Judaism Israel’ and you will see the level of sophistication and number of [websites] directly targeting Jews for conversion.”

But David Parsons, ICEJ’s media director, countered Guggenheim’s assertion by noting that evangelicals make up less than 1 percent of Israel’s population and that their missionary activity mainly target the Muslim-Arab population.

Dr. Naim Khoury, a pastor in Bethlehem, said he has seen more “Arabs and Palestinians open to the Gospel” in recent years. He noted that conversions to Christianity need to take place covertly and that most individuals who chose faith in Jesus leave the disputed territories for abroad, where they can live freely. He noted that when Muslims choose Christianity, it is often based on a spiritual reflection.

“They reflect on what is happening in the Middle East, the terrorism, and they question their faith,” he said.

Leading up the Feast, ICEJ responded to the chief rabbis’ letter by stating that the organization “has always respected and upheld the laws of the State of Israel, including those covering missionary activities, and it is regrettable that the Chief Rabbinate acted solely on the misrepresentations of those bearing false witness against us.”

Former Knesset member Rabbi Dov Lipman, who spoke at the Jerusalem conference, said he has learned over the years that Israel is not only isolated but doesn’t have many friends around the world – and that it has found a stalwart friend in the evangelical community.

“I believe that the way Israel can win in the public diplomacy war in South America, Africa, Europe” is to engage the Christian community, “and we have to embrace that relationship,” said Lipman.

In Lipman’s estimation, Jews have the right to be both “suspicious” and “skeptical” of evangelical support. But “if we pull away from that and focus on what we share, this could be the most important relationship for Israel,” he said.

Several Pacific Island nations have shown their religiously motivated support for Israel in recent years through their pro-Israel voting patterns in the United Nations General Assembly.

Two years ago, Nigeria, for the first time in its history, abandoned its traditional pro-Palestinian position at the UN when the Palestinian Authority sought to secure statehood in the Security Council. Nigerian President Goodluck Jonathan decided to abstain from the deliberation, playing a role in keeping the Palestinian from attaining enough votes to force a U.S. veto of the statehood measure.

“The vast majority of Zionists around the world are not Jewish but Christian believers in the Bible who want to stand with Israel,” said Calev Myers, founder of the Jerusalem Institute of Justice.

“We need to equip them. It is much better for a blue-eyed, blond girl from Sweden to deliver the message of Israel and defend us abroad than for Israelis to try to defend themselves.” 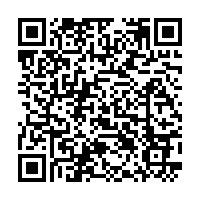