Three years ago, Arabs from either Shuafat or Beit Hanina fired 13 bullets into the Ultra-Orthodox neighborhood of Ramat Shlomo, into a park where youth were congregating on Friday night.

No one was injured in the terror attack, but it did shake up the neighborhood, and people were told to stay off the streets in those areas for the remainder of the Sabbath.


In response, a 19-year-old young man decided he was going to do something about it. He was going to go into nearby Beit Hanina and stab an Arab, according to a report in NRG.

He armed himself with a knife and began to make his way, but was stopped and arrested by police who realized he was up to something.

He told the police his plan was to go into their town, and when the Arabs attacked him, he would get revenge for the shooting and he would stab them. Better, he told the police, they should shoot and kill him, than kill his family.

He was also drunk at the time.

The young man was arrested and charged only with carrying a knife. The prosecutor wanted him sentenced to up to a year in jail and he would have a criminal record.

Jerusalem Magistrate Court Judge Shmuel Herbst decided that this was too much and said didn’t believe the young man would have hurt anyone.

The judge said the young man admitted to his action and expressed remorse. He also took into account the youth’s family problems, as well as his cooperation with the police and rehabilitation.

The judge said, he didn’t want the young man to have a criminal record, lose his job and jeopardize his upcoming IDF service. He said the young man should the join the army, serve the country, be a good, law-abiding citizen, contribute to society and raise his children the same way.

In the end, the young man received 250 hours of public service at Yad Sara, with the job of fixing medical equipment for the organization.

It turns out the three Arabs from Shuafat had purchased a gun and gone to Ramat Shlomo to specifically target religious Jews. They fired 17 bullets on automatic, with the intent to kill the Jewish youths in the park, but completely missed from just a hundred meters away.

The three are currently serving time in prison. 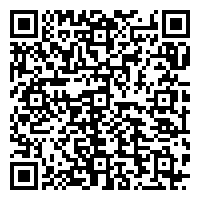