In an interview with Ynet, Barak confirmed that he responded positively to Netanyahu’s request and mediated between him and the AG. Barak believes that it is in the public interest to strike the plea deal and that the public interest prevails over the continuation of the trial – which is expected to last around two more years.


Justice Barak also believes the plea deal must contain a demand to the court to impose a disgrace clause on Netanyahu that would keep him away from political life for seven years. This means that the former prime minister who turns 73 in October will be close to 80 by the time he is allowed to seek public office again.

“I could not remain indifferent,” Barak said. “The rift in the nation must be stopped. Netanyahu was one of the greatest defenders of the justice system.”

But the hopes for stopping the rift even if Netanyahu leaves politics were dashed Saturday night when MK Moshe Gafni (United Torah Judaism) told Kan 11 News Saturday night: “It is possible to understand why Netanyahu is considering a plea deal – he has been tortured for years. Even if he admits to the charges, this is not a real confession.”

In other words, it would make no difference to Gafni, and ostensibly to other segments in the pro-Bibi right-wing, that their man stands in court and publicly announces that he is guilty of the charges against him – Bibi is blameless, the prosecution and the courts are corrupt, and this was all a coup to unseat a serving prime minister.

At this point, everything hinges on that disgrace clause, in Hebrew, “Kalon.” Disgrace is a legal term that accompanies some of the convictions for criminal offenses and describes a moral defect on the part of the offender. In Israeli law, various restrictions are placed on an offender who committed a disgraceful offense.

Late Supreme Court Justice Haim Cohen defined Kalon, saying: “The disgrace mentioned here is a moral defect that indicates the convicted is not worthy to mingle in normative society, and in any case does not deserve to bear public responsibility for decisions and actions on which matters of public policy and public peace depend.”

The prosecution is worried that in the end, Netanyahu would attempt to swindle them out of that Kalon designation. The disgrace clause is not a charge in the indictment but an act of the court based on the prosecution’s demand. Now, let’s say Netanyahu signs the plea deal—which would have to include reduced charges—accepts a few months of community service in lieu of prison time, and then, a few days before his court appearance where he would read his confession, Netanyahu resigns from the Knesset.

Now, he would argue before the judges, since he is no longer an elected official, Justice Cohen’s Kalon definition no longer holds. He is just another citizen going about his civilian business, no need to apply the disgrace clause.

At that point, the prosecution would have to pull the plea deal – but the law says there must be compelling reasons for such a reversal, and the prosecution would have to tell the court they had been swindled. But given the reduced charges, there’s no guarantee the court would not side with the defendant. Mind you, the chances of any of that happening are minuscule, but not impossible.

However, the deal is very likely, and it’s probably going to be struck over the next two weeks – before the AG leaves office on February 1. Netanyahu has every incentive to go for the deal now, while Mandelblit is in office. Mandelblit’s replacement, current State Prosecutor Amit Isman, was appointed by Justice Minister Gideon Sa’ar, not a big friend of Netanyahu’s. AG Isman would have no reason to interrupt a court trial he is going to win at least partially, and which would end in a prison term and disgrace for Netanyahu.

Netanyahu is undoubtedly aware of another Israeli elected official, former President Moshe Katsav, who signed a plea bargain in which he was to admit the charges of sexual misconduct against his female employees, pay a fine of about $10,000, and receive probation. As part of the deal, the prosecution also removed some of the charges. But on the first day of his trial, Katzav reneged on the plea deal. The prosecution added all the dropped charges, and Katzav was sentenced to seven years in prison, with a compensation of about $40,000 to the victims. 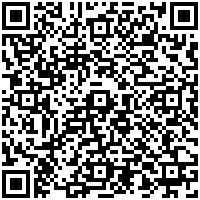