Mexichem, a Mexican producer of plastic pipes and one of the world’s largest chemical and petrochemical companies, has won a tender to acquire control of Netafim, the world’s largest manufacturer of drip irrigation products, The Marker reported Monday morning. Mexichem will buy 80% of Netafim for $ 1.5 billion, marking the second time in six years control of Netafim has been transferred.

Netafim is an Israeli pioneer of drip and micro-irrigation products for agriculture, greenhouse, landscape and mining applications. The company’s offering includes drippers, dripperlines, sprinklers and micro-emitters. Netafim also manufactures and distributes crop management technologies, including monitoring and control systems, dosing systems, and crop management software. Netafim holds an over-30% share of the global drip irrigation market, and is recognized as the world-leading provider of drippers and dripperlines. The company recorded revenues of more than $822 million in 2015.


Netafim is headed by President & CEO Ran Maidan, and jointly owned by Kibbutz Hatzerim (33%), Kibbutz Magal (6%), and now Mexichem, which will buy the entire 61% of the shares owned by global investment firm Permira funds.

Eli Ben Simon and Tzvika Barkai who are members of the economic management of Kibbutz Hatzerim said in a statement: “Mexichem brings with it many business synergies to Netafim, and will help lead the company to continue realizing its growth plans as a world leader in irrigation.”

“A professional and personal business connection has been established between the sides, and the Mexichem leaders respect Israel, Netafim, and Kibbutz Hatzerim as the company’s founding partner,” the statement continued. “Hatzerim will preserve the Israeli character of the company and maintaining its operational and management center in Israel for many years, while preserving the welfare of its employees in Israel and around the world.”

Reportedly, Mexichem agreed to keep the Netafim manufacturing and business center in Israel for 20 years.

“Hatzerim intends to use the funds from the deal to strengthen and expand the kibbutz’s business portfolio, and to preserve its future and the future of its members,” the statement concluded.

Mexichem won the tender, which was run by investment banks Goldman Sachs and Merrill Lynch Bank of America, after beating six companies and funds that competed for the deal.

IDF Attacks Hezbollah Targets in Response to Fire from Lebanon 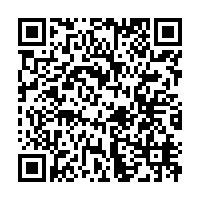