With the spotting of close to 11,000 cranes in the Hula Valley reed bed, their annual migration can officially be considered to be underway.

The Hula Valley’s reed bed, in Northern Israel, is a critical stopping point and one of the only regional centers of its kind for these birds as they make their way to Africa for the winter season.

Yaron Cherka, head birdkeeper for KKL-JNF, remarked that the European birds use the Hula lake to “eat and rest shortly before the great migration challenge of crossing the desert strip south of Israel.”

KKL-JNF has developed an internationally acclaimed bird watching park in the Hula Valley. Twice a year, no less than 390 species of birds pass through the area; waterfowl, birds of prey and songbirds, mingle with water buffaloes and wildcats. More than 500 million birds pass through Hula Valley each year. 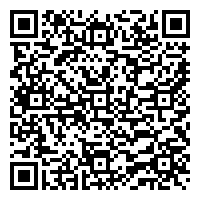