According to a copy of the latest draft of Minister of Religious Services Matan Kahana’s new Conversion Reform bill that was leaked to Israel Hayom late Monday night, conversions will be conducted outside the control of the Chief Rabbinate (בניגוד להתחייבות: החוק של השר כהנא יאפשר גיור מחוץ לרבנות).

The new framework, dubbed the City Rabbis’ District, will allow every city rabbi to establish a conversion court, serving not only his city’s residents but the entire country, and not just one court but as many as the city rabbi sees fit – while the Chief Rabbinate will have almost no way of revoking the new courts’ permit or dismissing judges they find unworthy.

The new law also allegedly sets mitigating threshold conditions for rabbis who will convert outside the framework of the Chief Rabbinate – giving the “outsider” rabbis a huge advantage over the chief rabbinate whose restrictions they may be able to bypass.

Minister Kahana’s office rejected Israel Hayom’s conclusions from the leaked draft and noted that since the minister had begun working on the law, it has undergone many amendments and drafts, and the current versions will also undergo changes.

They did admit, however, that Rabbi Druckman surprised them with his fierce opposition, but insisted there was an ongoing dialogue on the conversion reform between Minister Kahana and Rabbi Druckman.

It should be noted that Kahana had every reason to expect that Rabbi Druckman would give his blessings to his conversion reform. In 2004, Rabbi Druckman was appointed the head of the conversion system in the Prime Minister’s Office, and by February 2012, he had signed about 50,000 conversion certificates. In 2008, Rabbi Druckman and his conversions were sharply criticized by the Great Rabbinical Court headed by Rabbi Avraham Sherman, who criticized the validity of a woman who converted to Judaism in Rabbi Druckman’s court. It took a ruling by the secular High Court of Justice to overturn Rabbi Sherman court’s nullifications. 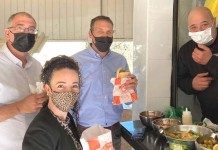 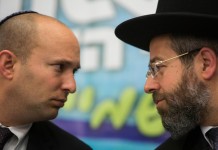 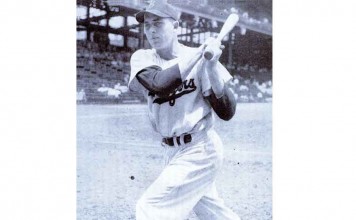 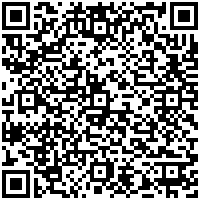