Lebanon insists the gas field, claimed by Israel, is located within its maritime territorial waters.

Lebanese General Security directorate head Abbas Ibrahim issued a separate threat: “As long as there is no agreement on the maritime borders (with Israel – Abu Ali), Lebanon will respond as if its sovereignty and rights have been violated. The entire area north of point 29 is disputed, and the enemy has no right to extract natural gas from that area. This would infringe on Lebanese natural resources, Lebanese sovereignty, and Lebanese rights,” blogger Abu Ali Express reported.

The blogger added that the reference to “Point 29” is a new claim by Beirut, one that adds parts of the Karish natural gas reservoir and triples the size of the maritime zone disputed by Lebanon, despite opposition from American mediators in the dispute.

According to the Lebanese a-Nahar news outlet, the Energean gas rig had already crossed Point 29 and was being anchored into place in preparation for operations.

“Israel did not heed the warnings issued by Hezbollah Secretary-General Hassan Nasrallah and his threat to stop the ship, which will start drilling operations in the disputed area, taking advantage of the weakness of the Lebanese position and its differences over the demarcation lines,” the Lebanese news outlet reported.

“If things are moving towards escalation…[either] Lebanon will turn to the international community and the United Nations to form a pressure force to stop the drilling, the clash will advance negotiations, or the American envoy for the demarcation, Amos Hochstein, will move on shuttle tours in the region to settle the crisis,” a-Nahar predicted. 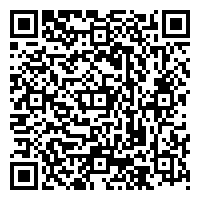