Prince Charles’ capacity for simple-mindedness on issues as complex as the role of Jews in the world and the Arab-Israeli history of war and peace make President Donald Trump appear like an intellectual. The letter he wrote his close friend Laurens van der Post in 1986 reveals just how out of touch the heir apparent of one of the world’s superpowers is, and makes one wonder how much deeper is the prince’s mother’s understanding of politics and history.

The letter, dated Nov. 24, 1986, when Charles was 38, was sent to South African-born writer Sir Laurens van der Post, who died in 1996 at age 90, a Jungian mystic and a spiritual adviser to the Prince, who, according to the UK press, taught Charles to talk to his plants, and whom Charles made godfather to his first-born, Prince William.

The letter was written following a state visit of Charles and Princess Diana to Saudi Arabia. Apparently, the visit had made an impression:

“this tour has been fascinating and have learnt a lot about Middle East and Arab outlook. Tried to read a bit of Koran on way out and it gave me some insight into way they think and operate.”

So far so good. One paragraph below, the fiasco commences:

“Also begin to understand their point of view about Israel. Never realized they see it as a US colony.”

It’s a fleeting note, so the prince can be forgiven for not delving deeper into the facts and arguments behind this casual realization. Can we read a bit of condescension in the statement? Possibly. It appears the Prince does not differentiate between friendship and servitude. So be it.

“I now appreciate that Arabs and Jews were all a Semitic people originally + it is the influx of foreign, European Jews (especially from Poland, they say) which ahs helped to cause great problems.”

And that, dear reader, is what pure, House of Windsor anti-Semitism sounds like. Those Jews (especially from Poland), who constituted a problem in Europe before the Holocaust, went ahead and started causing GREAT problems in the Middle East after the Holocaust.

Interestingly, the outrage among Jews and non-Jews alike at the Prince’s bigoted letter has not focused on that vicious paragraph, which is dripping with hatred for the innocent victims of oppression. Instead, a respectable Jewish personality such as Stephen Pollard, editor of The Jewish Chronicle, told the Daily Mail he was offended by the next paragraph:

“Surely some US president has to have the courage to stand up and take on the Jewish lobby in US?”

“To me this is the most astonishing element of the Prince’s letter,” Pollard said. “The ‘Jewish lobby’ is one of the anti-Semitic themes that have endured for centuries. It is this myth there are these very powerful Jews who control foreign policy or the media or banks or whatever.”

Clearly, Pollard sees a direct link between the Czarist police’s invention, “The Elders of Zion” who control the world and urge on war to enhance their dominion, and Elizabeth’s anti-Semitic idiot son’s reference to the “Jewish Lobby.” But is the term “lobby” so offensive? Especially considering that the American Israel Public Affairs Committee “AIPAC” has no problem calling itself the Jewish Lobby. A political lobby is part of Western democracy, it is distinctly not a secret cabal.

John Raymond’s Dictionary of Politics (1992) defines the term “Jewish Lobby” as “A conglomeration of approximately thirty-four Jewish political organizations in the United States which make joint and separate efforts to lobby for their interests in the United States, as well as for the interests of the State of Israel.”

He even lists them, quite accurately: “the American Israel Public Affairs Committee (AIPAC), the American Jewish Committee… and the B’nai B’rith.” As such, the Jewish Lobby is only one of many influence groups pushing their multi-faceted agenda with political and other institutions.

But then, of course, the bigot prince reveals his true nature when he suggests an American president would have to be courageous to stand up and take on the Jews. Because Charles does not consider Jewish advocacy in terms of democratic politics, like the NRA, or the Green groups. The Jews are, inevitably, the cause of GREAT problems, and nothing will ever change this Prince’s view.

Which is why few were surprised when his son, Prince Harry, in 2005 trotted in a Nazi uniform two weeks ahead of Holocaust Day. Because in Buckingham Palace this stuff is in the very air they breathe. 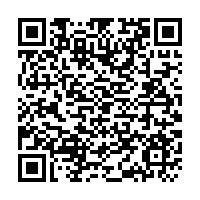