Likud and the one-man faction Noam on Sunday night signed a coalition agreement establishing a new national-Jewish identity authority to be headed by MK Avi Maoz as deputy minister in the Prime Minister’s Office. Maoz will also be responsible for the organization Nativ– the organization that promotes Aliyah from the former Soviet Union (FSU). Decades ago, Maoz was active in helping Prisoners of Zion and Refuseniks.

Noam is a religious Jewish party led by Avi Maoz under the spiritual leadership of Rabbi Zvi Israel Tau. The party advocates strengthening Jewish identity and has been known for its objection to the progressive agenda and the LGBT movement. Maoz was in the 11th spot of the Religious Zionism/Otzma Yehudit slate for the 25th Knesset on November 1.

Maoz recently told Channel 14: “Our main demand in the negotiations is to establish a support unit in the Prime Minister’s Office to strengthen, solidify, and deepen identity security on the personal, family, national, and Jewish levels.”

The Noam campaign focused on the claim that the public sphere, including the Ministry of Education and the IDF, is being taken over by organizations that are launched and funded by the New Israel Fund, LGBT support organizations, and the reform movement. Noam’s mission is to fight them.

At the start of the party’s faction meeting on Monday in the Knesset, Maoz made a statement for the general public, “I appeal from here to all the people of Israel: don’t be confused, there is nothing to worry about. We are brothers of one flesh. I came to serve the State of Israel and all its residents according to my faith and my opinions. I will continue to do so with determination, sensitivity to every person and love for the State of Israel and each and every one of its residents.”

It was also pointed out that there were no demands in the coalition agreements to cancel the “Pride” parade.

Maoz has a very impressive history. He was a leader of the “Let My People Go” group which worked towards the liberation of the Prisoners of Zion and the Refuseniks from the Soviet Union 38 years ago. He was a founder of Kibbutz Migdal Oz in Gush Etzion. And he helped renew the Jewish community in the City of David. In 1999, Maoz was appointed Director of the Ministry of Interior by Natan Sharansky, and subsequently became director of the Ministry of Housing under minister Effi Eitam.

Maoz lives in the City of David and is married to Galit. They have ten children and many grandchildren. 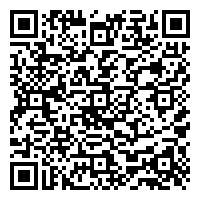