Interior Minister Ayelet Shaked (Yamina) this week wanted to put to a Knesset vote the extension of the Infiltrators Act, but her coalition partner Meretz opposed the move and threatened a coalition crisis should the law be submitted – even if Meretz is permitted to vote against it. And so Shaked was forced to swallow her pride, she gave up, and the law that provides the authorities with some legal ground in dealing with the influx of illegal Africans and Asians into Israel will be allowed to expire tomorrow, Thursday.

The Infiltrators Act is not a law, but a temporary technical provision with a sunset that requires the approval of the Knesset to be extended. It is intended to aid law enforcement agencies in combating the phenomenon of infiltrators and includes a double fine to be imposed on Israeli employers who hire infiltrators. It also allows law enforcement to move groups of infiltrators from one place to another in the country to make controlling them easier.


Meretz opposes the law on humanitarian grounds, claiming it violates the illegal infiltrators’ human rights. The party refused to let the Interior Minister put it up for a vote before several of its sections were amended. Meanwhile, it turned out that the law will expire anyway.

People close to Shaked claim that Cabinet Secretary Shalom Shlomo will formulate an outline for a discussion of amending the law in the next two weeks, but in light of the cracks in the Lapid-Bennett coalition, it is highly doubtful whether the law will ever be renewed.

Earlier this week, Minister Shaked bragged behind closed doors that she would not waste any time persuading Meretz, but would submit the law as it is to a vote – and count on the right-wing opposition parties to support it. She tried a similar feat with the Nationality Act, another technical regulation with a sunset, and to her chagrin was not helped by her former allies across the aisle.

“We’ll see if Meretz will dare to vote against it and violate coalition discipline,” Shaked said behind closed doors, only to be taught a lesson in political Krav Maga by her leftist partners. 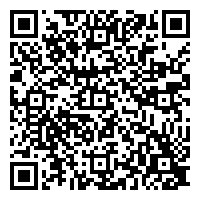