Moody’s report, issued on Friday, noted the improved ‎economic and diplomatic ties with the moderate Arab ‎states and says the agency may upgrade Israel’s ‎credit rating again in the near future.‎

The report said it upgraded Israel’s economic ‎outlook to “positive” from “stable” over its solid ‎fiscal performance and economic resilience. ‎

Moody’s further noted that affirming Israel’s credit ‎‎rating at A1 reflects its ability to balance a ‎‎dynamic fiscal environment and a strong ‎‎institutional framework against long-term structural ‎‎changes in the labor market and ongoing geopolitical ‎‎risks. ‎ ‎

Finance Minister Moshe Kahlon welcomed the report’s ‎findings, saying it was “even more proof that ‎Israel’s economy is stable and robust.”‎

Finance Ministry Accountant General Rony Hizkiyahu ‎also welcomed the findings, saying “raising ‎Israel’s rating outlook for the second time in a ‎year reflects our strong fiscal performance and ‎underscores the importance of pursuing a policy that ‎encourages growth while reducing the debt load.” 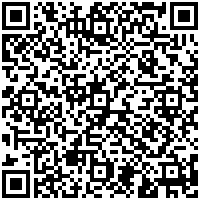