On Monday, representatives of all the parties in the 24th Knesset will arrive one after the other at President Reuven Rivlin’s residence and be asked to announce their recommendations for the candidate who would be asked to assemble a coalition government. Yesh Atid chairman Yair Lapid and Yamina chairman Naftali Bennett met Saturday night to try and reach an agreement, following Bennett’s meeting on Friday with Likud chairman and Prime Minister Benjamin Netanyahu.

Although it is not yet clear who would be Bennett’s pick, the recommendations will be roughly as follows, unless, of course, there will be last-minute surprises:


Netanyahu is guaranteed 52 recommendations, the highest number, but shy of the needed 61: 30 from Likud, 9 from Shas, 7 from United Torah Judaism, and 6 from Religious Zionism.

Netanyahu may or may not receive the recommendations of Yamina’s 7 MKs, and Ra’am’s 4, and at the moment it seems likely that neither of them will support him.

Lapid expects his own party’s 17 recommendations, as well as Israel Beiteinu’s 7, Labor’s 7, Meretz’s 6, and in all likelihood, Gantz’s Blue&White’s 8. H can also rely on 5 out 6 Joint Arab List MKs – the sole Balad representative will abstain (Balad is the most vehemently anti-Zionist party in the Arab List faction).

This leaves the Yesh Atid chairman with 45 recommendations, including Ganz, and at best with 50. It’s 2 less than Netanyahu but leaves the president room for discretion since neither Netanyahu nor Lapid will have the support of 61 MKs.

Bennett, in this case, will recommend himself with Yamina’s 7 recommendations, and will possibly receive Gideon Sa’ar’s 6 votes as well, which won’t make him eligible for the presidential nod, but will forge a vital, 13-seat faction that could make or break either candidate.

Mansour Abbas’s Ra’am will probably not give its 4 recommendations to any candidate.

The question of who will get the assignment is important because the president is not sure that if the first candidate he picks fails he would assign the task to his rival, and might, at the end of three weeks of failed attempts to forge a coalition, throw the assignment to the Knesset, rather than go through a second period of futile efforts.

This means that once either candidate receives the call, there will be a fierce race against time for one side to cobble a coalition and for the other to block its efforts.

The Haredi parties recently rejected an offer made to them by Yamina to join him in a 61-member government headed by Bennett, without Israel Beiteinu—which is patently anti-Haredi on numerous issues, most poignantly the Haredi draft, and without reliance on the Arab parties. On Sunday morning, Reshet Bet radio reported that the Haredim were offered a partnership in a government with Yamina, New Hope, Blue&White, Yesh Atid, and Labor. Such a government would not include their nemesis Avigdor Liberman, nor the pro-Reform Judaism Meretz. But United Torah Judaism and Shas rejected Lapid, who, as Finance Minister in 2013, carried out a purge of Haredi benefits.

The Haredim cited three areas where they and Lapid don’t fit in the same room together: the draft, Jewish conversions, and the Override clause (giving the Knesset the power to alter Supreme Court revocations of laws).

United Torah Judaism chairman Moshe Gafni on Sunday attacked the chairman of Religious Zionism Bezalel Smotrich in the Haredi newspaper Yated Ne’eman, stating: “Just like in the time of the Sicarii period (The Sicarii were Jewish Zealots in the decades before Jerusalem’s destruction in 70 CE, who carried sicae—small daggers concealed in their cloaks to carry out political assassinations – DI), so, too, today there are those who will bring on a government that’s largely anti-religious, or a fifth election, instead of preserving the world of Torah. They try all sorts of excuses to harm the world of Torah and stick by various symbols that have no practical value.”

Gafni was responding to the announcement of Religious Zionism on Friday that the party would never agree to sit in a government that relies on Ra’am, thus effectively thwarting the only practical path to a government headed by Benjamin Netanyahu, who according to Gafni, “has no way of forming a government other than one headed by Bennett. That’s the truth at the moment.”

Bennett and Lapid’s second meeting since the election ended Saturday night after two and a half hours, and sources in Yesh Atid said it was a good meeting, and another one would be held soon. However, despite Lapid’s demand, Bennett does not intend to pledge not to sit in a Netanyahu government. Before he met with Lapid, Yamina sources told Kan 11 News that Bennett tended to support Netanyahu, but will not recommend him and that Bennett said behind closed doors: “I will do everything to prevent a fifth election.”

On Friday, Netanyahu and Bennett met for about three hours, after nearly a year and a half of not meeting privately. At the end of the meeting, the Yamina chairman said: “Because of boycotts and the feeling of ‘only I am right,’ we already lost our home 2,000 years ago. Therefore, I will continue my efforts to bring about the formation of a good government as soon as possible.”

So, no Sicarii references, but definitely the destruction of Jerusalem. Partying like it’s 70 CE all over again…

Meanwhile, Likud officials have been meeting with members of Bennett’s party, including Ayelet Shaked and Alon Davidi, to try to convince them to join Netanyahu. The only problem is—as Shaked remembers well—that Netanyahu will not agree to be the left-most faction in his own coalition government and will most certainly invite Benny Gantz to join him with Blue&White’s 8 mandates, at which point who know what would happen to Shaked’s aspirations to retake the Justice Ministry or Bennett’s yearnings for Finance or Defense.

Because Bibi, like Bibi, is much better at the promise part than the keep part. 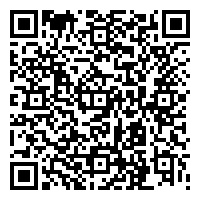