Khamenei’s official website featured a poster depicting people celebrating on the Temple Mount in Jerusalem after apparently capturing it from Israel.

“Palestine Will Be Free. The final solution: Resistance until Referendum,” the poster’s text declared.

The text is reminiscent of the “Final Solution of the Jewish Question,” a euphemism used by Nazi Germany’s leaders referring to the mass murder of world Jewry.

The referendum Khamenei was relating too is his demand that the “Palestinian nation” should determine what political system should rule in Palestine. This includes “Muslim, Christian and Jewish Palestinians” living in Israel before 1948.

“We will support and assist any nation or any group anywhere who opposes and fights the Zionist regime, and we do not hesitate to say this,” the Iranian cleric stated on Twitter.

Netanyahu stated Wednesday that “Khamenei’s threats to carry out ‘The Final Solution’ against Israel bring to mind the Nazi ‘Final Solution’ plan to annihilate the Jewish People.”

He warned that “any regime that threatens the destruction of the State of Israel faces a similar danger.”

“They have no place on Twitter or on any other social media platform. We know Khamenei’s vile rhetoric does not represent the Iranian people’s tradition of tolerance,” he added.

In a rally in Tehran in June 2017, Iran unveiled a clock in the city’s Palestine Square counting down the days to what it says will be the destruction of Israel in 2040.

The time frame appears to come from comments made in 2015 by Khamenei, who vowed there will be “nothing” left of Israel by the year 2040.

In September 2015, Khamenei proclaimed, “You [Israelis] will not see the coming 25 years and, God willing, there will not be something named the Zionist regime in next 25 years.” 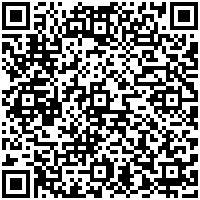