Israeli media tried to make the most out of the phone call, looking for all kinds of signs that Netanyahu and Abbes secretly have been speaking with each other towards another attempt to allow the United States to believe they are interested in the “peace process.”


Considering the Palestinian Authority’s insistence on trying to bring Israel before the International Criminal Court on war crimes charges, there really is not much to talk about, except to say “hi” on a holiday.

The office of the Prime Minister reported:

The Prime Minister told the PA Chairman that the citizens of Israel want peace and added that Israel would continue to act toward regional stability.

The Ma’an News Agency, based in Bethlehem and considered close to Abbas, noted that the last time Netanyahu spoke with Abbas was in June 2104, after Hamas terrorists in the Hebron area kidnapped three yeshiva youth, who nearly three weeks later were found murdered.

The Prime Minister had asked Abbes for help in finding the teenagers and the terrorists.

Since then, Palestinian Authority terrorism has sharply escalated.

Last week, the Israel Security Agency (Shin Bet) said it had arrested terrorists who killed a 70-year-old Israeli farmer. One of them was a member of the Palestinian Authority Force 17.

Next year at the end of Ramadan, if Netanyahu and Abbas remain in their current positions. maybe they will talk to each other. 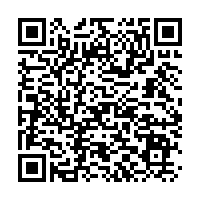