Tuesday’s local elections were especially important for three Israeli mayors who are in the midst of criminal proceedings.

In Netanya, the veteran mayor, Miriam Feirberg-Ikar, was arrested two years ago, following a long, covert investigation of Police Special Crimes Unit 433. She is suspected of receiving bribes and in return promoting prestigious projects by local contractors, among them Abraham Tshuva, brother of tycoon Yitzhak Tshuva.

The investigation into Mayor Feirberg’s corruption affair ended in March 2017, with police announcing the end of their investigation and the establishment of an evidentiary basis for an indictment on bribery, fraud and breach of trust.

Feierberg was first elected mayor in 1998, and this will be her fourth term.

In Ashkelon, about a year and a half ago, the prosecution indicted Mayor Itamar Shimoni on bribery, fraud, breach of trust and money laundering, alongside his brother Ofer Shimoni and businessmen Yoel Davidi and Moshe Punta.

In February 2017, the Committee to Examine the Suspension of the Heads of Local Authorities decided to suspend Shimoni from office and to impose restrictions on him as a council member. In March this year, Attorney General Avichai Mandelblit submitted a request to extend the suspension of Mayor Shimoni and the restrictions against him for an additional year.

In Ashkelon’s Tuesday’s election, both Shimoni and his challenger, acting mayor Tomer Glam are tittering around the 40% margin, below which they would face each other in a second round vote. As of Wednesday morning, Shimoni has won 39.8% of the vote, and Glam 40.5%.

Here’s the curious thing: Tomer Glam, the acting mayor, is suspended mayor Shimoni’s attorney, who represents him in the criminal case against him. Talk about too close for comfort.

In Rishon Lezion, Mayor Dov Tzur was interrogated and even arrested on suspicion of receiving bribes, conspiring to commit a crime, fraud and breach of trust, in a case centered around MK David Bitan (Likud), Netanyahu’s former coalition whip.

Tzur denied the allegations against him and said that he was certain that he would come out not guilty. The police investigation’s findings have not yet been submitted to the State Prosecutor’s Office. After being released from jail, Tzur was restricted from participating or to even watch the meetings of the “money committees:” the Planning and Building Committee; the tenders committee; and the city’s economic corporation.

The incumbent mayor is leading with 32% of the vote over his young deputy, Raz Kinstlich, with 22%. The two will certainly meet in a second round in two weeks. 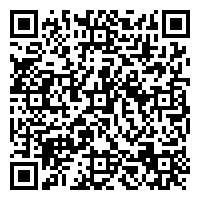