Geneva-based independent human-rights group UN Watch published a detailed report in advance of the 46th session of the U.N. Human Rights Council, which is scheduled to open this month on Feb. 22 in Geneva and run until March 23. The study debunks more than 20 different major accusations leveled by numerous different countries—accusing Israel of violating Palestinians’ religious freedom, damaging their health and practicing racism.

In its first-ever report that thoroughly fact-checked and responded to the UNHRC’s anti-Israel claims, UN Watch released its 58-page “Agenda Item 7: Country Claims & UN Watch Responses” examining 23 accusations made by various countries under Agenda Item 7 against Israel in the period covering the six UNHRC sessions held in 2019 and 2020.


According to report researcher and writer Dina Rovner, legal adviser of UN Watch, the paper sets the record straight regarding distorted statements, including: “Israel hinders the Palestinian fight against COVID-19;” “Israel has occupied Palestinian territory for 70 years;” “Israel commits apartheid against the Palestinians;” “Israel damages Palestinian holy sites” and “Israel’s blockade of Gaza is illegal.”

“The truth is very different from what is being put on the record at the United Nations,” she told JNS. “When Israel is accused of hindering the Palestinian fight against COVID-19, it is actually helping and coordinating with the Palestinians. When Israel is accused of violating the rights of Syrians on the Golan, the opposite is the case—the Golan Syrians have more rights and freedoms than their counterparts in Syria, and are flourishing economically. Israel damages Palestinian holy sites? No. History shows that only under Israeli control are the holy sites of Jews, Muslims and Christians fully protected.”

According to Hillel Neuer, UN Watch executive director and editor of the report (with contributions from managing editor of UN Watch Simon Plosker), it is being sent to all U.N. ambassadors in New York and Geneva “to make clear to all delegates who tell lies that, from now on, their countries will be called out by name before the international community and refuted with the facts.”

UN Watch has also submitted several written statements that will be circulated to delegates as official U.N. documents of the session, calling out the lie that Israel’s vaccination campaign—one of the best-run in the world—is “racist”; exposing UNRWA teachers’ incitement to terrorism and anti-Semitism; and documenting the Palestinians’ illegal use of child soldiers.

“Israel has become a convenient punching bag and scapegoat for non-democratic states—many of them members of the UNHRC, such as Cuba, Pakistan and Libya—to divert attention away from their own gross and systematic human-rights abuses,” Neuer told JNS.

Agenda Item 7 is the only debate concerning a specific country, which takes place three times a year pursuant to the Palestinian Authority, Syria, North Korea and dozens of other council members and observers that routinely accuse Israel of numerous crimes and human-rights violations, while making no mention of Hamas, Islamic Jihad or the Palestinian Authority.

There is no special agenda item on Iran, Syria, North Korea or any other country in the world, noted Neuer. While all 193 countries of the world are addressed under Agenda Item 4, only Israel gets its own special treatment under Agenda Item 7.

‘It’s important to educate them on the facts’

In recent years, nearly all Western democracies have joined Israel in declining to participate in the Item 7 debate, citing the selectivity of the proceedings.

“It makes sense for democracies not to legitimize discrimination, but the problem is that many spurious claims go on the record at the United Nations with no fact-checking or accountability,” explained Neuer. “This report provides the first examination of claims made under Item 7, using detailed analysis and citing sources of fact and international law. It’s time to confront the toxic brew of hate and misinformation at the UN.”

“When it comes to voting—both at the UNHRC and at the General Assembly—most countries vote to condemn Israel, including European democracies that support about 70 percent of the biased resolutions,” he said.

Though many wonder how the change in U.S. administration might affect the discussion of Item 7, Neuer maintained that America, “whether under Republican or Democratic administrations, has always been a fierce opponent of Agenda Item 7 and anti-Israel discrimination at the U.N. generally.”

However, he added, “they never had anywhere near the majority to remove it.”

“We expect the Biden administration to continue to oppose the demonization of Israel at the United Nations,” he said. “We applaud Biden’s U.N. envoy Linda Thomas-Greenfield for saying recently that she looks forward to “standing with Israel” and “against the unfair targeting of Israel” at the United Nations.

The Biden administration recently announced that it will rejoin the UNHRC as an observer state, with the goal of fully rejoining the council next year.

If the U.S. rejoins the Human Rights Council, we trust that it will continue to demand the elimination of Item 7 from the agenda. But it’s far from clear that they will make any progress, given the automatic majority that still applies when it comes to anything targeting Israel.”

For the ambassadors who don’t attack Israel under Item 7, he continued, “many of them are nevertheless influenced by the proceedings, and so it’s important to educate them on the facts.”

At the upcoming debate, UN Watch plans to take the floor and speak on a full range of human-rights issues and conduct online side events, including one on anti-Israel bigotry in the halls of the United Nations, and a high-level panel on the gross abuses committed by Venezuela’s Nicolás Maduro regime.

Rover said “we hope this report will be one more step in encouraging countries to consider the facts, and to stop voting for skewed texts. These lies go on the record at the United Nations, and are never refuted on the merits because Israel and nearly all Western democracies rightly boycott the Item 7 debate as a matter of principle, as it singles out Israel for discriminatory treatment. The purpose of this report is to fill that gap by providing the first-ever examination of claims made under Item 7, and to provide a detailed analysis, citing sources of fact and international law.”

She also voiced her hope that the report will influence diplomats to be more vocal during the session in speaking out against the injustice of Agenda Item 7, and that it will bolster their campaign to persuade countries to stop voting for anti-Israel resolutions, of which there are expected to be five in the upcoming session. 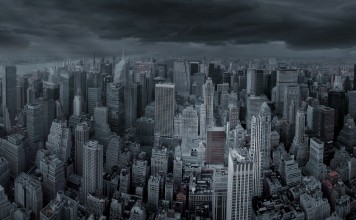 The Jewish(?) Cardinals of Woke 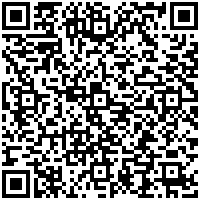