Rima Khalaf, head of the Beirut-based United Nations Economic and Social Commission for Western Asia (ESCWA), comprised of 18 Arab states, was forced by UN Secretary-General Antonió Guterres on Friday to withdraw a report accusing Israel of “apartheid,” media sources, including UN Watch, reported. As of Saturday night, said report is gone from the ESCWA website.

Also, according to the NY Times, Khalaf, a Jordanian diplomat, quit her post on Friday.


US ambassador to the UN Nikki Haley demanded Khalaf’s head, saying, “When someone issues a false and defamatory report in the name of the U.N., it is appropriate that the person resign.”

The report, titled “Israeli Practices towards the Palestinian People and the Question of Apartheid,” was written by Richard Falk, a disgraced UN official who was condemned by several governments for his blatant anti-Semitism.

The ESCWA report reflects a popular Arab view, blaming the conflict in Israel on the Brits, suggesting “the situation in Israel-Palestine constitutes an unmet obligation of the organized international community to resolve a conflict partially generated by its own actions. That obligation dates formally to 1922, when the League of Nations established the British Mandate for Palestine as a territory eminently ready for independence as an inclusive secular State, yet incorporated into the Mandate the core pledge of the Balfour Declaration to support the ‘Jewish people’ in their efforts to establish in Palestine a ‘Jewish national home.'”

That’s a lot of air quotes…

The report is rife with baseless assertions, very broad generalities, frequent maligning of historic facts and a vehemently biased and outright hostile examination of Israel’s legal history. It even points to Israel’s declaration of independence as an example of racism – after all, doesn’t it speak exclusively about the Jews?

In other words, being a Jewish State is racism – as opposed to a Jewish-cleansed Palestinian State, which is just the way God had intended things to be in the Middle East…

“Israel reinforces its race-based immigration policy with measures designed to prevent Palestinian citizens of Israel from challenging the doctrine and laws that purport to establish Israel as a Jewish State,” says the report. “Article 7 (a) of the Basic Law: Knesset (1958), for instance, prohibits any political party in Israel from adopting a platform that challenges the State’s expressly Jewish character.”

Of course, the report does not mention the fact that non-Jewish political parties are thriving in Jewish Israel. Blacks were barred from parliament in South Africa, even after the enactment of the 1983 constitution, which gave nominal representation to “Coloreds” and Indians.

Falk sent out an email Friday saying he was “astonished by the furor caused by the report,” arguing that “it is an academic study that tries its best to look at the evidence and analyze the applicable law in a professional manner.” He also complained: “I feel that I have been smeared in this effort to discredit the report without reading it or criticizing its substance.”

Khalaf told a news conference that the UN Sec. Gen. had forced her to withdraw the report, which is why, she added, “I submitted to him my resignation from the United Nations.” 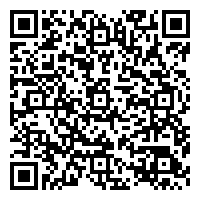