JERUSALEM – The latest round of negotiations between the West and Iran, designed to force the latter to abandon its nuclear weapons program, has for now seemingly prevented the IDF from proceeding with what many believe to be its planned preemptive strike against key Iranian nuclear installations.

According to Israel Channel 10 senior defense correspondent Alon Ben-David, the IDF has shelved a military strike in order to give negotiations, which could drag on for several months, a chance to play out. Ben-David added that the seriousness of the Israeli threat to strike Iran prompted the United States and other Western powers to warn Iranian negotiators that time is running out to resolve the Islamic regime’s rogue nuclear program.

To back up its commitment to keep oil supplies flowing through the Strait of Hormuz, the U.S. deployed a second aircraft carrier group, led by the USS Enterprise, in the Persian Gulf last weekend. Iran has threatened to shut the Strait of Hormuz if it feels threatened. For its part the IDF has reportedly pre-positioned one of its advanced Dolphin submarines in the Persian Gulf, in the event that Iran attempts to fire a ballistic missile toward Israel.

On Monday Israeli Finance Minister Yuval Steinitz told visiting Italian Prime Minister Mario Monti that Iran’s economy was “on the verge of collapse” due to stiff international sanctions. Israel’s opposition leader, Shaul Mofaz, told Monti that the Iranian regime shows no signs of abandoning its nuclear weapons program or its commitment to annihilate the Jewish state.

The new round of nuclear negotiations, set to begin this weekend in Turkey, allows Israeli Prime Minister Benjamin Netanyahu and President Obama to contemplate a variety of financial, military and political options.

A recent poll found that over 60 percent of Israelis surveyed do not want Netanyahu to authorize a strike against Iran without military and political backing from the White House. In addition, Israel’s tourism industry, pivotal to the success of the nation’s economy, reaches its peak during the forthcoming summer months.

According to some media reports in the U.S and Israel, Obama does not want an attack launched on Iran until after the November presidential election. But Israeli Defense Minister Ehud Barak, who has met with Obama and Defense Secretary Leon Panetta several times in the past few months, told CNN last weekend that “there is almost no more time left” for the West to negotiate a diplomatic deal with Iran. He said that the Islamic regime’s clandestine nuclear weapons program is on the verge of being unstoppable. 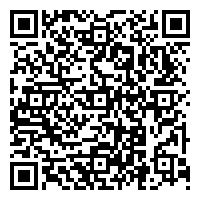