Requiring Iran to recognize Israel as part of a comprehensive nuclear agreement would be a “fundamental misjudgment,” President Obama said Monday, adding that the U.S. cannot depend on a regime change in Tehran.

“The notion that we would condition Iran not getting nuclear weapons in a verifiable deal on Iran recognizing Israel is really akin to saying that we won’t sign a deal unless the nature of the Iranian regime completely transforms,” he said in an interview with NPR.


“And that is, I think, a fundamental misjudgment,” he added. “I want to return to this point: We want Iran not to have nuclear weapons precisely because we can’t bank on the nature of the regime changing. That’s exactly why we don’t want [Iran] to have nuclear weapons. If suddenly Iran transformed itself to Germany or Sweden or France then there would be a different set of conversations about their nuclear infrastructure.”

Obama was commenting on the nuclear understanding under negotiation between Iran and the P5+1 group – the U.S., Britain, France, Russia, China, and Germany. Last Thursday in Lausanne, Switzerland, the two sides announced a comprehensive framework agreement, and negotiators now have three months to nail down a final text, complete with technical details.

The administration says the deal will be tightly monitored and cut off Iran’s path to obtaining nuclear weapons capability. It further argues that nuclear-related sanctions lifted under the agreement will be reimposed immediately should Iran violate the agreement.

Critics, however, say the deal allows a regime that has proved itself untrustworthy to keep much of its nuclear infrastructure intact – albeit curtailed and monitored. They argue that Iran will be able to become a nuclear threshold state once a 10-15 year period of restrictions ends.

The destruction of arch-enemy Israel has long been a declared goal of the regime in Tehran, and Israeli Prime Minister Benjamin Netanyahu is a leading critic of the P5+1-Iran agreement.

After Israeli government ministers discussed the framework agreement late last week, Netanyahu outlined the cabinet’s opposition to the deal, charging that it “would pose a grave danger to the region and to the world and would threaten the very survival of the state of Israel.”

“Iran is a regime that openly calls for Israel’s destruction and openly and actively works towards that end,” he said in a statement.

“Just two days ago, in the midst of the negotiations in Lausanne, the commander of the Basij security forces in Iran said this: ‘The destruction of Israel is non-negotiable.’

“Well, I want to make clear to all. The survival of Israel is non-negotiable. Israel will not accept an agreement which allows a country that vows to annihilate us to develop nuclear weapons, period,” Netanyahu said.

“In addition, Israel demands that any final agreement with Iran will include a clear and unambiguous Iranian recognition of Israel’s right to exist.” 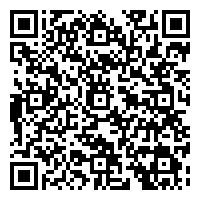