Following a year’s strenuous labor of assembling more than 60 tiny segments, written in a secret code, Dr. Eshbal Ratson and Prof. Jonathan Ben Dov of the Department of Bible Studies at the University of Haifa succeeded in reconstructing and deciphering one of the last two out of about 900 Qumran scrolls. Their reward was another encounter with the unique 364-day calendar of the Judaean Desert sect, as well as the identification—for the first time—of the name given by the cult members to the special transitional days between the four seasons.

Most of the Qumran Dead Sea Scrolls discovered in the 1940s and 1950s have already been restored and published. Among the small “mosaic” pieces, some of them smaller than a square centimeter, which remained without a qualified reading, there were about 60 pieces of parchment written in a coded script.


An earlier researcher who studied the passages claimed that they belonged to a number of different scrolls. Now, with the interpretation of Dr. Ratson and Prof. Ben Dov, in a study funded by the National Science Foundation (ISF) and published in the Journal of Biblical Literature (A Newly Reconstructed Calendrical Scroll from Qumran in Cryptic Script), it turns out that they are all parts of a single scroll.

Now there remains only one scroll that has not been restored and published, and the two researchers are working on it, too.

The Qumran sect were an extremist Jewish group that left Jerusalem and suffered persecution by the ruling establishment between 200 BCE and 100 CE. They wrote many manuscripts on leather, papyrus, and copper, the best-preserved and most famous of which include an Isaiah Scroll; the Rule of the Community (also called the Manual of Discipline); The War of the Sons of Light Against the Sons of Darkness, or War Scroll; a scroll of thanksgiving hymns; and a commentary on Habakkuk.

The fragmented scroll that’s just been deciphered deals with the sect’s unique 364-day calendar, which represents a major dispute with the rabbinic tradition: the Jewish calendar is based on the cycles of the moon, which the rabbis adjusted to fit the solar calendar – to meet Torah requirements such as Passover falling in the Spring and Sukkot during the autumnal harvest season. To that end, the rabbinic calendar introduced a 19-year cycle that includes leap years with an extra lunar month, to synchronize the lunar and solar cycles.

The Qumran calendar used a 364-day system, perfectly divided into 4 and 7, with each holiday falling on the same day of the week each year. The Haifa U. researchers speculate that this reflected the sect’s notion of perfection.

The Qumran calendar also includes celebrations of the changes of the seasons, a special day for each of the four seasons, which the calendar calls Tkuffah (period), a term being used in later rabbinical literature.

The newly deciphered scroll also sheds light on the customs of the scroll writers. It turns out that whoever wrote the scroll—probably one of the leaders of the sect who knew the secret code—forgot to mention some of the communal dates, and another writer had to correct his mistakes, adding the dates to the spaces between columns.

The scroll also mentions a number of words and expressions which later appear in the Talmud, a testimony to the fact that the sages were using an ancient vocabulary that developed in the Second Temple period. 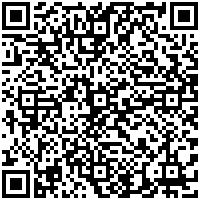