PM Benjamin Netanyahu was admitted to Hadassah Ein Karem hospital on Tuesday evening for an examination after not feeling well, suffering from coughing fits and a high fever.

Doctors are deciding, based on the test results, if the prime minister will be staying in the hospital overnight. So far, his X-Rays have come back OK.

Update #1: The doctors would like Netanyahu to spend the night in the hospital for observation. Channel 10 is reporting that the hospital would like to keep him there for a few days.

Update #2: 11:30 PM Netanyahu was given fluids and the doctors hope to release him in a few hours time.

Update #3: 11:53 PM Netanyahu was released from the hospital and sent home. He was diagnosed with a minor viral infection of the upper respiratory tract.

Netanyahu was ill two weeks ago, and his personal physician, Dr. Berkovitz, believes Netanyahu didn’t rest enough to give his body a chance to fully recover, and as a result his symptoms worsened.

Statement from the Prime Minister’s Office:

Prime Minister Benjamin Netanyahu, this evening (Tuesday, 27 March 2018), underwent a series of tests at Hadassah Ein Kerem hospital, where he was treated by staff physicians Dr. Alon Hershko, Prof. Alon Moses and Dr. Asher Salmon. The Prime Minister – who went to the hospital due to a high fever and cough – was also accompanied by his personal physician, Dr. Tzvi Berkovitz.

Prime Minister Netanyahu finished the series of tests and was discharged and sent home. The tests indicated a minor viral infection of his upper respiratory tract. The doctors recommended rest and medication.

Netanyahu released a personal message, “Thank you all for your concern! I’m on my way home, sure a little rest and hot soup will set things right. Good night.” 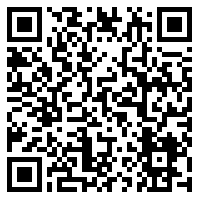