The political and social-religious divide between Israeli and American Jews has widened considerably according to a poll published by the American Jewish Committee.

Moving the American Embassy to Jerusalem
Just 46 percent of American Jews supported U.S. President Donald Trump’s relocation of the U.S. embassy in Israel from Tel Aviv to Jerusalem, while 47 percent opposed the move.

Within Israel, an overwhelming 85 percent of Israeli Jews supported the embassy’s move to Jerusalem, while only 7 percent disapproved.

Thirty-five percent of Israelis said that some communities should be razed, whereas 44 percent of American Jews agreed.

Only four percent of Israeli Jews said all Jewish communities in Judea and Samaria should be dismantled, whereas a more substantial 15 percent of American Jews agreed.

Religion in Israel
On the social-religious issue of weddings in Israel, 80 percent of American Jews said a non-Orthodox rabbi should be able to officiate at weddings, whereas within Israel, only 49 percent shared that view.

Religious Quality of Life
43% of American Jews think that increasing the non-Orthodox movements in Israel would improve the quality of Jewish life in Israel. 74% of Israelis disagree.

The survey was conducted in April and May, and based on a representative sample of 1,000 Israeli Jews and 1,001 American Jews.

David Harris, the CEO of AJC noted that the the more observant one is on the religious spectrum, the stronger one’s Jewish identity and attachment to Israel. Conversely, the more an American Jew identified with Hillary Clinton and the Democratic Party, the more weakly they identified with the Jewish People.

The breakdown by religious observance, by country:

Content by JNS was used in preparing this report. 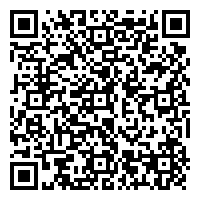