If Knesset elections were held today, the Likud-Beytenu list would receive 35 Knesset seats and the Jewish Home (HaBayit HaYehudi) party would receive 17.5 seats, making it the third largest party in the Knesset, right on the heals of the Labor party which would receive 18 seats, according to a poll commissioned by Israel’s Reshet Bet.

Strength to Israel, the offshoot from the National Union following the latter’s merger with the Jewish Home, would receive a 6 seats, a shocking result as other polls have shown that Strength to Israel would not even pass the threshold to enter the Knesset.  Shas would drop to 8 seats, and UTJ would get 6.5 seats.

While the poll shows a drop of seven seats for Likud-Beytenu, it shows the joint list may be nearing the end of its free fall from the 42 seats it currently maintains in the Knesset,  as 72 percent of those who said they were voting in favor were sure about their vote, higher than any other party except United Torah Judaism and two Arab parties, Chadash and Ra’am Ta’al.

On the Left, the Labor party would be Israel’s second largest party with 18 seats, Tzipi Livni’s the Movement would get 6 and Yair Lapid’s Yesh Atid would get 5. Meretz would receive 7.

The three Arab lists Chadash, Balad and Ra’am Ta’al would receive 11 seats between them.

The poll also asked Israelis if they were “for or against the view that two states for two peoples was the desired solution for a peace agreement with the Palestinians.”

The poll of 500 potential voters was conducted by Geocartographia by telephone yesterday and had a 4.2 percent margin of error.

If the numbers shown by the most recent poll are accurate and hold until elections, that would ostensibly give the Right 73 seats and leave the Left 47.

Recent sparring between the Likud and Shas since the return of Aryeh Deri and Netanyahu’s recent statement that he would want the Likud to retain the Ministry of Housing and Construction – currently held by Shas – however, leaves roomto doubt whether Shas will be included in a Netanyahu-led coalition.

The Strength to Israel party is also viciously anti-Netanyahu due to his Bar Ilan speech, the settlement freeze, and the destruction of several unauthorized outposts and the eviction of whole neighborhoods in Judea and Samaria where it was claimed that the property belonged to private Palestinians.

In addition, the UTJ has in the past sat in government on the Left and agrees with the Left on a variety of social and defense issues.

Nevertheless, no government has ever been formed with an Arab party. Practically, the Left’s initial potential for a coalition is 35 seats. In addition Yair Lapid (5 seats) has indicated he would join a coalition with Netanyahu and Tzipi Livni (6 seats) has not ruled out that possibility.

For Labor to form a government, party chairwoman Shelly Yachimovitch would have to make the leap of including three Arab parties in its coalition and convince Shas and UTJ to sit in that government, all while keeping Livni and Lapid behind her. That unlikely scenario would only result in a weak coalition of 61.5 seats, according to the polls numbers.

That means that even with the Likud-Beytenu’s drop in seats, Prime Minister Binyamin Netanyahu is on track to forming Israel’s next government.

Meanwhile, Yisrael Beytenu Chairman MK Avigdor Liberman said he believes the case against him is weak, that he will be cleared of all charges and that he believes the joint Likud-Beytenu list will receive 40 seats in the Knesset. 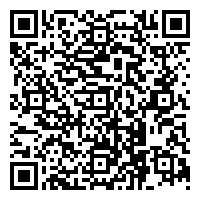