“My fellow citizens, this past Sunday, to mark Holocaust Martyrs’ and Heroes’ Remembrance Day, I listened here, at Beit HaNasi, to the shocking testimony of former President of the Supreme Court Judge Aharon Barak as a young child in the Kovno Ghetto. As he told his story, even when he described the most terrible and dreadful moments of the selection of children in the ghetto, of living behind a wall in the house of a Lithuanian farmer, Aharon Barak maintained his composure. But his voice wavered when he described meeting soldiers of the Jewish Brigade on whose sleeves was the badge of the blue and white flag.

The State of Israel is not to be taken for granted. It was certainly not to be taken for granted during the history of the Jewish people and not even 75 years ago. We hold, you the citizens of Israel hold, the greatest treasure of the Jewish people. Your decision, your vote, is what determines the nature of this country, what its future will be. On election day, voters’ day, the people, the public entrusts its representatives with the power to determine a wide range of issues.

I was elected President of the State of Israel by a majority of members of the 19th Knesset. Since then, over the period of seven years, there have been five further Knesset elections, four of them in less than two years. I did not imagine and I did not expect that, time after time, five times, I would be faced with the difficult task of deciding who to entrust with forming a government. I would also like for Beit HaNasi not to be so directly involved in the political system. But that is my role, and as part of that role I undertake this task. Basic Law: The Government obliges me as President of the State of Israel to entrust the role of forming a government to a Knesset Member who agrees to do so.

The results of the consultations, that were open to all, lead me to believe that no candidate has a realistic chance of forming a government that will have the confidence of the Knesset. In fact, if the law would allow me to do so, I would give the decision back to the representatives of the people, to the Knesset. But as I have said, I cannot do so according to law. In the position in which we find ourselves today, the law obliges me to entrust one of the candidates with forming a government.

I know the position held by many, that the president should not give the role to a candidate that is facing criminal charges, but according to the law and the decision of the courts, a prime minister can continue in his role even when he is facing charges. Moreover, the question of giving the role to a candidate facing criminal charges was one of intense political and public disagreement over the recent election campaigns. Because of that, I believed that the president should avoid deciding based on that consideration out of a sense of responsibility for the institution of the presidency and the trust in which it is held by all parts of the people. The President of the State of Israel is not a substitute for the legislature or for the judiciary. It is the role of the Knesset to decide on the substantive and ethical question of the fitness of a candidate facing criminal charges to serve as prime minister.

Given this state of affairs, when there is no majority of 61 Knesset Members supporting a particular candidate, and without additional considerations indicating the chances of the candidates to form a government, I have come to a decision based on the numbers of recommendations, which indicates that MK Benjamin Netanyahu has a slightly higher chance of forming a government. Accordingly, I have decided to entrust him with the task of doing so.

This is not an easy decision on a moral and ethical basis, in my mind. As I said at the beginning of my remarks, the State of Israel is not to be taken for granted. And I fear for my country. But I am doing what is required of me as President of the State of Israel, according to the law and to the ruling of the court, and realizing the will of the sovereign – the Israeli people.

My fellow Israelis, allow me to conclude my remarks by quoting President Abraham Lincoln of the United States as my teacher and guide Menachem Begin did in his victory speech in 1977: ‘With malice toward none; with charity for all; with firmness in the right, …let us strive on to finish the work we are in; to bind up the nation’s wounds.’ 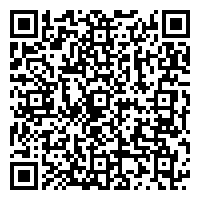