Following intervention from the Council on American Islamic Relations (CAIR), the Defense Department reportedly decided it will now allow Muslim students participating in the Junior Reserve Officers’ Training Corps, or JROTC, to wear headscarves and turbans while in uniform.


The decision marks the latest involvement of controversial Islamic groups in military affairs.

This column previously broke the story that an Islamic group that has been closely tied to the Muslim Brotherhood and was named by the Justice Department as an unindicted co-conspirator in a scheme to raise money for Hamas is the official endorsing agency for the U.S. Armed Forces Muslim chaplain program.

Furthermore, the army’s Muslim chaplain program was founded by a terror-supporting convict while the army’s first Islamic chaplain, who is still serving, has been associated with a charity widely accused of serving as an al Qaeda front.

On Thursday, CAIR announced its activism was responsible for the decision to allow Muslim garb in the JROTC. While CAIR’s activism may have taken place outside the army, there are terror-tied Islamic groups that act in full partnership with the U.S. military.

Since the Muslim chaplain program’s inception in 1993, ISNA has been the official endorsing agency of the military’s new chaplains. In 2005, ISNA initiated a yearly Muslim chaplain conference that includes leadership talks for chaplains in both the military and U.S. prison system.

Discover the Networks notes that ISNA – through its Saudi-government-backed affiliate, the North American Islamic Trust – reportedly holds the mortgages on 50 to 80 percent of all mosques in the U.S. and Canada.

ISNA was founded in 1981 by the Saudi-funded Muslim Students’ Association, which was founded partially by the Muslim Brotherhood. The two groups are still partners.

This reporter previously attended an MSA event at which violence against the U.S. was urged by speakers.

ISNA was named in a May 1991 Muslim Brotherhood document as one of the Brotherhood’s likeminded “organizations of our friends” who shared the common goal of destroying America and turning it into a Muslim nation, according to Discover the Networks.

Islam scholar Stephen Schwartz describes ISNA as “one of the chief conduits through which the radical Saudi form of Islam passes into the United States.”

The American Muslim Foundation was founded by Abdul Rahman al-Amoudi, an Islamic cleric who served as an Islamic adviser to President Bill Clinton and who guided the establishment of the military’s Muslim chaplain program.

Al-Amoudi reportedly handpicked the army’s first Islamic chaplain, Imam Abdul-Rasheed Muhammad, who still serves in that position. Al-Amoudi was instrumental in selected several other of the military’s six Islamic chaplains.

Al-Amoudi is currently serving a 23-year sentence for illegal terrorism-related financial transactions with the Libyan government and for his alleged role in a Libyan conspiracy to assassinate then-Saudi Crown Prince Abdullah.

According to sources in the Egyptian military, one prime group being looked at is the Egyptian Initiative for Personal Rights, which is run in partnership with billionaire George Soros’s Cairo-based Open Society Justice Initiative.

This column previously documented Soros’s funding of multiple other nongovernmental organizations based in Egypt and tied to the ongoing unrest there as well as in other parts of the Middle East and North Africa.

This column further documented how Soros is a primary funder of the same “Responsibility to Protect” global doctrine used to justify the U.S.-NATO airstrikes in Libya. Currently, opposition movements in Egypt and Syria are calling for the doctrine to be deployed in those countries.

The Initiative for Personal Rights, which has been widely quoted in the news media claiming atrocities and human rights abuses in Egypt at the hands of the military, is partnered with Soros’s Open Society offices in Egypt.

Soros also has other ties to opposition groups in Egypt. His Open Society Institute’s Middle East and North Africa Initiative has provided numerous grants to a wide range of projects that promote so-called democratic issues across the region, including in Egypt, where the Muslim Brotherhood has been gaining in the parliamentary elections.

Also, an international “crisis management” group led by Soros has long petitioned for the Egyptian government to normalize ties with the Muslim Brotherhood, which seeks an Islamic caliphate. 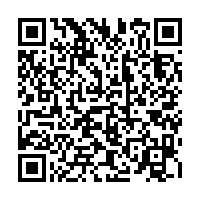