On March 2, 2020, the Yamina party was abandoned by its core voters, who, back in 2013, had awarded her 12 seats in the 19th Knesset. Those voters have since been cutting back their support in favor of Likud, Shas, United Torah Judaism and even Blue&White, to the point where all these heirs of the old NRP have to show for their efforts are 6 Knesset seats. Now, at least four celebrity MKs: Naftali Bennett, Ayelet Shaked, Bezalel Smotrich and Rafi Peretz, are fighting to represent their tiny faction in Netanyahu’s next coalition government.

This may turn out to be a major disappointment.

It must be noted that three out of the four Yamina Ministers have done a very good job: Shaked at Justice, Bennett at Defense, and Smotrich at Transport. Peretz has been a disaster as Education Minister, stepping on every conceivable landmine, from conversion therapy to religious education to be forced on the children of decidedly anti-religious parents.

Three out of four ain’t bad at all, though.

But as Prime Minister Benjamin Netanyahu is busy giving away the store to Benny Gantz’s Blue&White MKs, Yamina is realizing that not only are they not going to receive their past portfolios, but that these portfolios would likely be usurped by left-leaning individuals who would reverse all the good things they have done.

They are especially angry at that prospect, as Transport Minister Bezalel Smotrich told Reshet Bet radio Tuesday morning, “We will not be a fig leaf in a leftist government, even if Netanyahu is at the helm.”

Smotrich was adamant against giving the Justice Ministry to the center-left bloc: “I can’t figure out how they would give up the Justice portfolio and hand it over to the other side. This is a dramatic portfolio which impacts almost everything that happens in Israel. As more values and rightwing interests are switched to the other side, we are definitely upset that this will not be a rightwing government.”

MK Assaf Zamir (Blue&White) told Reshet Bet Tuesday: “In the end, we want to form a unity government that will fight the coronavirus, but there are things we won’t give up, come what may – things related to democracy and Netanyahu’s trial.”

That’s why Blue&White must possess the Justice Ministry, so a Likud Justice Minister like Amir Ohana won’t turn the table on Netanyahu’s prosecutors. It’s a deal breaker for Gantz et al.

Supposedly, Netanyahu has informed Yamina that the most he can give them is one big and one small portfolio. But it won’t be Justice and it won’t be Defense. So the logical beneficiaries of this math would be Smotrich at Transport and Peretz at Education.

To which Ayelet Shaked responded on Monday on Army Radio: “We understand that it was impossible to construct the rightwing government we wanted, but it is inconceivable that everything of value to the right would be sold to the left for 17 seats (the number of Blue&White seats – DI). The right, too, needs to maintain its values.”

When asked if there was a chance her party won’t join this government, Shaked said, “None of us was born a minister, Opposition is not a dirty word. We went a long way with the Haredi parties and Likud, but this partnership will not be maintained at any cost.”

Of course, Yamina could have entered a Gantz coalition with Labor and Liberman last September and get to keep all their portfolios, but instead chose to remain loyal to Netanyahu and his rightwing bloc. Now they’ll discover what everyone who chooses to be loyal to Netanyahu realizes eventually. And for them this would not be their first BBB (Betrayal By Bibi) – Bennett and Shaked have endured so many kicks to the curb by the PM, it’s a wonder they don’t have a concussion.

Or maybe they do. 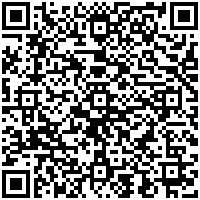