The Israeli right and the left have both reacted strongly to MK Itamar Ben Gvir’s recent decisions, statement and rapid rise in the polls.

Marzel said, “Dr. Michael Ben Ari and I informed Itamar with all our friendship and love, Otzma Yehudit was established to answer an ideological and not a political need,” and added: “I really don’t want to criticize him, I love him, as far as I am concerned, he’s my child, he grew up with in my house, I love him, I embrace him.”

However, Marzel stressed, “I’m not telling people not to support Itamar, I’m not going to harm him in any way. But I won’t give a kashrut certification to his restaurant because I can’t.” He complained that “There are no longer ideological debates here, all the movement’s institutions have been shut down.”

“Even Rabbi Kahane had a secretariat, there were debates,” Marzel said.

Former MK Michael Ben Ari, like Marzel, was banned by the Supreme Court from running to the Knesset in 2019 for his “extremist” political views, while the same court allowed known antisemites from the Arab sector to run in the same election. Ben Ari eventually retired from politics and returned to academia, and Ben Gvir took over the party’s leadership, finally making it into the Knesset, after several failures, as an add-on to Bezalel Smotrich’s party.

It should be noted that Marzel did not attack Ben Gvir over his taking down the portrait of Baruch Goldstein, who killed two dozen Muslims in the Cave of the Patriarchs, his telling supporters not to cry, “Death to the Arabs” in a demonstration, and his statement that should his son turn out to be gay, he, Ben Gvir, would still hug him and love him. Marzel criticized Ben Gvir’s takeover of the party, and his running its agenda for political gain and not in pursuit of pure ideological values, regardless of the polls.

The friendly fire provided Ben Gvir with a priceless opportunity to embed himself closer to the center, to become more attractive to former Yamina voters who don’t trust Ayelet Shaked et al to cross the 3.25% vote threshold. To that end, Ben Gvir responded last week: “I love Baruch Merzel dearly and respect him very much, and will continue to respect him, and I have not a single bad word to say about him. Baruch was unfairly disqualified by the Supreme Court and a great injustice was done to him.”

He then closed the sale: “I know and cherish his activities, but I am not Rabbi Kahane Hy’d, and the party does not continue the path of the Kach movement.”

Ben Gvir could have made the above argument until he became blue in the face and no one would have listened, but when his fellow travelers condemn him and he responds with his “I’m not Kahane” message, people pay attention.

On Saturday night, Ben Ari and Marzel attempted to set the record straight on their relationship with Ben Gvir, in a message they sent party members, saying: “After a week of false reports we want to put the facts in order. At no point did we oppose the deal between MK Ben Gvir’s party and MK Smotrich’s Religious Zionism – we are in favor of any union that’s for the sake of Eretz Israel.”

“We withdrew our support because we couldn’t oppose or support anything even if we wanted to,” they continued. “The authorized bodies of Otzma Yehudit in decisions of this type, such as the management of Otzma Yehudit and the secretariat of Otzma Yehudit, have not been convened since the last Knesset elections, and in fact were dispersed by MK Ben Gvir.”

“The reality is that Otzma Yehudit, represented by MK Ben Gvir, has become a movement without institutions and without an ideological compass. A party of one very talented and successful man. But since our faith has always been in ideology and not in the people, we cannot support this man’s party versus a party that represents a path.”

“Indeed,” the two concluded, “Itamar says that he has changed – we have not undergone any change. We continue to lead Otzma Yehudit in the path of Rabbi Meir Kahane Hy’d. And we wish success to the new Ben Gvir party.”

On the other side of the aisle…

The Israeli left meanwhile is alarmed by the steady growth of the Smotrich-Ben Gvir slate, which has established itself in the polls as the fourth largest, with around 12 mandates, behind Netanyahu, Lapid, and Gantz. At the same time, both Labor and Meretz appear to skirt the vote threshold and one of them might disappear come November.

On Saturday, two “Crime Minister” demonstrators in Rishon L’Tzion were attacked by two teens who threw stones at them. Both victims suffered minor injuries and were taken to hospital. In response, Meretz MK Yair Golan tweeted: “Anyone surprised? The next political murder is approaching! Continue to interview Ben Gvir, meet with Ben Gvir, and let Ben Gvir into the Knesset. The violent, right-wing, anti-democratic bloc is the greatest threat to Israel.”

Sure, it’s ridiculous to call “anti-democratic” the one party that’s been maligned in the most non-democratic way by Israel’s political and judicial system. But it also means the left is afraid of losing its hold on government should the successful pact between Smotrich and Ben Gvir fulfill its political promise with a substantial presence in the 25th Knesset. 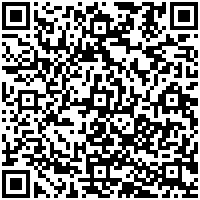