Efrat Council Member Nava Katz on Thursday submitted her candidacy for the leadership of the Labor (Avoda) Party. The move was received with hearty congratulations from Efrat Council Chairman Oded Revivi, who wished the candidate success, and noted that “this is another step that makes the settlements enterprise and the settlers part of the consensus.”

JewishPress.com caught Nava Katz while she was out driving on the highway, so we stuck to the most obvious questions. You’re a settler running for the leadership of the Labor party. Does it mean you support the 2-state solution?


Not necessarily, apparently. Katz told us:

“As a settler, I grew up with Arab neighbors. One of the most important things to me is to bridge the gap between politicians and the people. There are many Palestinians who want peace and security and their voices must be heard on our side.”

Jewish-Arab relations matter a great deal to this candidate.

“Every person who lives within the borders of the State of Israel is entitled to a good and equal life,” she said. “It’s important to find good and worthy people on both sides of the Arab-Israeli conflict who will respect and bring about a solution that is good for everyone.”

Nava Katz also sees no conflict in being a settler and a member of the Labor party.

“As a candidate for the leadership of Labor I believe I continue the path of David Ben-Gurion, Golda Meir, and Yitzhak Rabin,” she told us. “As to sovereignty over the Jewish settlements in Area C, it’s a solution that must come as part of an agreement between the two parties.”

“The fact is that over the past 20 years, everyone who chose to move to Judea and Samaria knew in advance that they were getting into a complicated situation. The issue of sovereignty requires a lot of thinking.”

Katz comes from one of the first families to make Aliyah to Efrat from the United States. She chairs the Efrat Environment Committee and is a member of the Committee for the Prevention of Drug Use as well as the Finance Committee. She’s involved in the development of open spaces in Efrat, and along with her husband Micha, is one of the pioneers of Efrat’s Eitam Hill.

Avraham Ben-Tzvi, founder of the Shomrei HaSaf Efrat municipal party through which Katz is a city council member told JewishPress.com, “The Labor party and movement has deep roots in Gush Etzion going back to kibbutzim founded prior to the Israeli War of Independence during which they were sadly captured and destroyed. The re-establishment of Jewish villages and towns in Gush Etzion following the liberation of the area in 1967 was initiated by Labor prime ministers Levi Eshkol and Golda Meir.”

“Nava is the first Efrat council member from Efrat’s newest neighborhood, the Eitam Hill, which was dedicated to our fellow party member Ari Fuld, HYD, murdered by a terrorist in cold blood. Nava brings the pioneering spirit of the labor movements into the 21st century. We all wish her the best of luck in her campaign!”

When asked about Katz’s non-conventional views and decision to run for the leadership of a party which hasn’t had much electoral support in Gush Etzion, and how that ties in with her current municipal political activities, Ben-Tzvi responded, “We are proud of the diversity in background and views of our party members and representatives. On municipal matters they have only the best interests of Efrat residents in mind. As a non-partisan, politically unaffiliated and independent Efrat municipal party, our members are nevertheless involved with a multitude of political parties or political activities, which are encouraged.”

Perhaps had Nava Katz been running for chairperson of Labor seven years ago, when the party commanded 24 members in the Knesset, having a settler from Efrat compete for leadership would have meant that the settlements were becoming part of the national consensus. But the Labor party of 2021 is hovering well below the vote threshold, having been wiped out by a string of incompetent chairmen as well as by an Israeli political reality where the left just doesn’t matter.

Welfare Minister Itzik Shmuli, who rode to power on the shoulders of Labor, this week announced he was leaving in search of a better power base. Ehud Barak, Labor’s last prime minister (in the previous century), refused to return and take the mantle of leadership.

Nevertheless, the Labor party’s election committee convened on Thursday evening to approve no less than nine candidates for the party’s chairperson, ahead of the party primaries to be held this coming Sunday. The candidates for the job of leading a party with a snowball’s chance in the Dubai desert of ever recapturing its old power base, are Merav Michaeli, Avi Shaked, Yitzhak Time, Gil Beilin, David Landsman, Ofer Segman, Yehuda Alush, Eliezer Ofer Cohen, and Nava Fruchter Katz.

On Thursday night hundreds of leftwing protesters marched in the “funeral procession of the lost votes,” in protest of the multiplicity of parties in the center-left bloc. The protesters called on politicians to unite and not throw tens of thousands of votes down the drain. The funeral march was organized by the Count Back movement. The demonstrators carried signs with the slogans “We will not vote for splinters” and “Our votes are not pointless (hefker).”

Transparency note: Naamit Leavitt, wife of JewishPress.com Editor-in-Chief Stephen Leavitt, is on the Shomrei HaSaf Efrat municipal list, though with far more politically conservative views than Katz. If Katz is elected to the Knesset, Leavitt is likely to replace her on the Efrat municipal council. 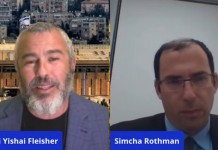 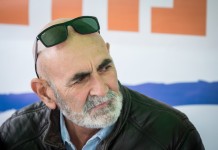 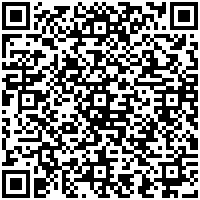