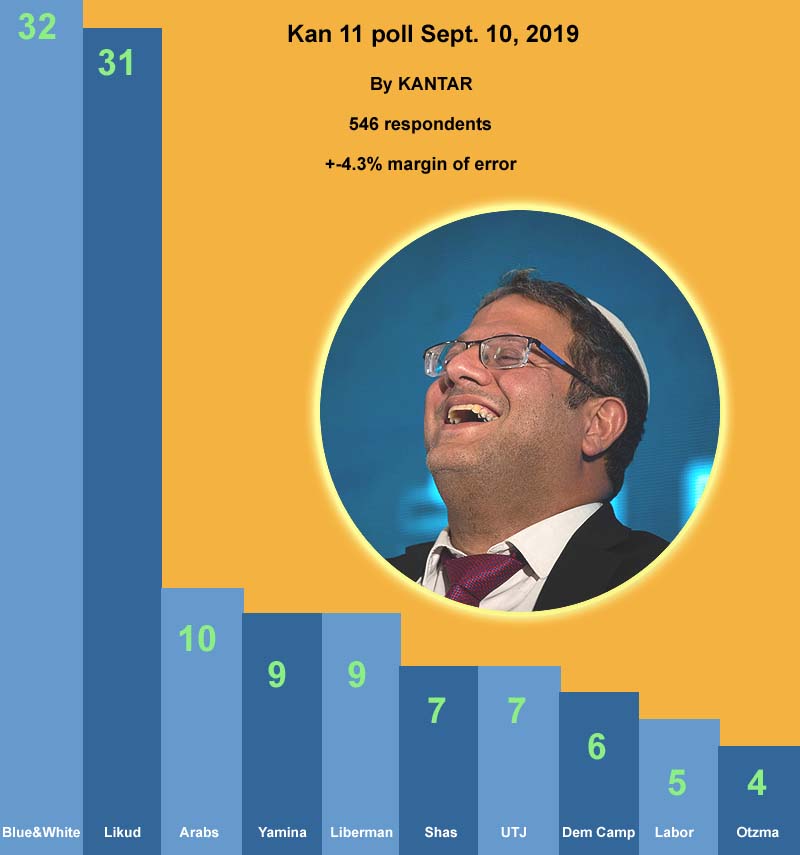 A week before the election, a Kan 11 News survey shows Likud losing one mandate to stand at 31, compared with the previous survey by the same pollster, while the Blue&White is pulling up to 32 seats. The poll, published Tuesday morning, the Otzma Yehudit party once again cuts through the 3.25% vote threshold and receives four seats, which puts the rightwing bloc at 58 seats in total, while the leftwing bloc is stuck at 53, including the Arabs who have already declared they won’t join a Gantz-led coalition government.

The survey was conducted on Sept. 9.2019, by the KANTAR Institute, with a nationwide sample of the Israeli population age 18+, number of people asked to answer: 1,639, number who actually answered: 546, Margin of error: + 4.3%, platform: Internet.

The third largest party is the Joint Arab List, which loses one seat to stand at 10 mandates. Ayelet Shaked’s Yamina party also loses power and stands at 9 seats, as does Avigdor Liberman’s Israel Beiteinu.

Shas and UTJ fall to 7 seats each, the Democratic Camp with Nitzan Horowitz and Ehud Barak receives 6 seats, and Labor 5.

It appears that Amir Peretz and Orly Levi, with Labor’s 5 seats offer the only solution to Prime Minister Benjamin Netanyahu’s pursuit of 61 seats, provided they can stick to the social welfare portfolios Bibi is prepared to give them, while turning a blind eye on their rightwing and Haredi coalition partners.

As such, this would likely be a volatile coalition government, especially when the time would come for Netanyahu to face court proceedings come October 2.

Here’s the rub: should Ben Gvir make it into a coalition government headed by Likud, it would most likely turn its stint into street theater that would land him outside the government in short order. Netanyahu knows this, which is why it is much more likely that he would pursue a unity government with Gantz’s Blue&White, moving the Knesset to the left. 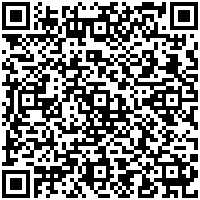