Israel Beiteinu chairman Avigdor Liberman on Sunday morning told Reshet Bet radio that he would recommend to President Rivlin to assign the task of cobbling the next government only to a candidate who would be committed to form a national, small-l liberal government.

In the interview, Liberman added that senior Likud officials are counting the days until the point at which Benjamin Netanyahu fails to form a new government, and they are already talking to the Likud party’s potential partners in the political system, meaning, obviously, Avigdor Liberman.

The Israel Beiteinu chairman has been insisting on joining only a unity government sans any religious partner, but, of course, such a partnership, between the two largest parties, would be big enough not to need Liberman to establish a majority.

At the same time, less than two days to the start of election day, senior party members from all over are attacking each other in an attempt to increase their own pool of supporters. Foreign Minister Yisrael Katz (Likud) told Reshet Bet that Blue&White chairman Benny Gantz has no chance of forming a government without the Joint Arab List. He insisted that all the talk from Gantz, Yair Lapid and Liberman about the establishment of a secular government are intended to prepare the groundwork for an alliance with the Arab parties.

Minister Katz added that the Joint List would demand a commitment to withdrawing to the pre-1967 lines and for the displacement of hundreds of thousands of Jews from their homes in the liberated territories.

Number two in Blue&White, Lapid, said in response that Yisrael Katz is lying knowingly, and called it “embarrassing.”

Lapid also stressed that while Likud officials are now cooperating with the prime minister, after the election, when it becomes clear that Netanyahu is unable to form a government, they would not agree to his demand to go to a third election campaign. “They have their limit, too,” Lapid said.

Lapid added that the most important thing now is which party comes out of the fight with the largest number of seats, and not how many seats each leftwing party manages to get. But that assertion is questionable, seeing as, back in 2009, the Kadima party headed by Tzipi Livni received 28 mandates, one more than Netanyahu’s Likud’s 27, but the latter managed to assemble more recommendations to the president.

It is not at all clear, incidentally, that the Joint Arab List would recommend anyone either.

The Democratic camp’s unofficial leader, former PM Ehud Barak, who is 10th on that party’s list, said that Lapid could improve the state of the center-left bloc had he given up his rotation agreement as PM with his co-leader Gantz and embarked instead on the fight against Liberman over the anti-Haredi votes.

Regarding the prime minister’s promises to annex the Jordan valley, as well as his notions of a defensive alliance with the United States, Barak said it was a “political scramble” and pre-election theater.

Barak argued it was impossible to declare the annexation of the Jordan valley without a debate in the security and foreign affairs cabinet, as well as a public debate, which cannot possibly take place two days before the elections.

With regard to the defense alliance with Washington, Barak said this idea was nonsense, as such an alliance would reduce Israel’s freedom of action and hurt Israel in any future negotiations with its neighbors.

“A real defense alliance should be approved in the House of Representatives and ratified in the Senate,” Barak also pointed out, “which is impossible to do while Israel does not have defined borders.” 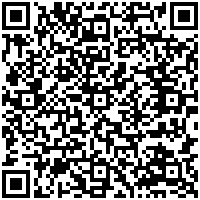