The Ministerial Committee on Legislation on Monday approved a bill that exempts most yeshiva students from enlisting in the IDF. The proposed bill was brought to a vote in the committee after Prime Minister Netanyahu and Deputy Minister Yakov Litzman had reached an agreement for the bill to be promoted in a preliminary reading in the current Knesset session, in return for the Haredi coalition partners’ support for the 2019 budget.

The Netanyahu coalition is now preparing for the possibility that Defense Minister Avigdor Liberman’s Yisrael Beiteinu would file an appeal against the law in the ministerial legislation committee. If the bill is appealed, it would be subject to a vote over the phone among all the cabinet ministers.


Justice Minister Ayelet Shaked (Habayit Hayehudi), who chairs the legislative committee, told Army Radio Monday that the final version of the Haredi IDF draft bill would be decided in collaboration with Liberman, as per the latter’s request, and would require the consent of the ministries of justice and defense.

Shaked reiterated her view that “the crisis is solvable and not fundamental.”

Yesh Atid Chairman MK Yair Lapid on Monday morning posted on Facebook: “The new version of the ‘draft dodging law’ is an insult to the IDF and an insult to the recruits. According to this version, the Haredim would enlist if they feel like it. If they don’t, they simply won’t show up. A national disgrace.” 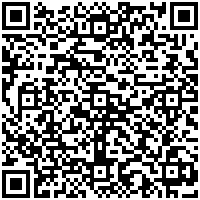