It’s definitely pre-elections season in Israel, as yet another new poll has come out over the weekend with devastating predictions for Prime Minister Benjamin Netanyahu. Both of Netanyahu’s center-right coalition partners, Finance Minister Moshe Kahlon’s Kulanu, and Defense Minister Avigdor Liberman’s Yisrael Beiteinu, told Israel’s Channel 12 TV Saturday night that they won’t join a government led by newcomer Labor Chairman Avi Gabai, who appeared to have done very well in the same poll.

The poll, conducted among 503 respondents representing a representative national sample of the entire Israeli population aged 18 and over, with a maximum sampling error of 4.4%, shows that Netanyahu’s Likud party is weakening, getting only 24 mandates, meaning that it lost almost 20% of its power.


The Zionist Camp (a.k.a. Labor), headed by Avi Gabai, gets 21 seats in the same poll, and Yair Lapid’s Yesh Atid gets 20 seats – giving the two parties 41 seats together, compared with their 35 seats today.

Habayit Hayehudi headed by Naftali Bennett is also strengthened, up from 8 to 12 seats, while the Joint Arab List loses a seat, going down from 13 to 12.

Kahlon, whose party went down from 10 to 8 seats in the poll, told Channel 12 he was “disappointed” in Avi Gabai, who began his short political career as Kulanu’s Minister of the Environment, quit mid-term and was embraced by Labor which gave him the leadership as he walked in off the street, literally.

It’s true that Gabai’s current virtual success in the polls – Labor only scored 16 seats in the polls over the summer – is still less than Labor’s current 24 seats, and is much more a statement about Netanyahu’s slipping popularity—mired as he is in hostile media reporting about multiple police corruption investigations, than it is about a demonstrable rise for Labor.

But even with these weaker poll numbers for Netanyahu, Gabai would not be able to block a Netanyahu government after the next elections, with his 21 seats, Lapid’s 20, Meretz’s 5 and the Arabs’ 12. With Shas going down to 4 seats, Yisrael Beiteinu staying at 6, and United Torah Judaism hovering around 7, the new rightwing coalition would still enjoy a smaller majority of 61 to 62 seats.

Yisrael Beiteinu’s Liberman told Channel 12 he, too, would never join a Gabai-led coalition, especially since such an offer to join is not very likely to be extended. Gabai’s resignation from Netanyahu’s current government came over the PM’s decision to replace then Defense Minister Moshe Ya’alon with Liberman. 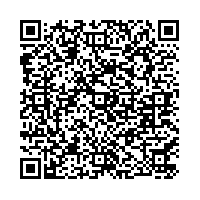