Israel’s Prison Service has notified Amiram Ben-Uliel, the central defendant in the Duma arson-murder case, that it plans to transfer him in the coming days from the security section of the Sharon prison in central Israel to Eshel Prison, located near Be’er Sheva in the south of the country, the Honenu legal aid society reported Tuesday.

The announcement was made absent any unusual preceding event and without an explanation. Besides the aggravation of prison conditions, Ben-Uliel’s transfer to a prison in the faraway south constitutes a serious inconvenience to his wife and 5-year-old daughter who visit him in prison every week.

On Tuesday, a District Court will hear the prisoner’s petition against the transfer, filed by his attorneys.

Ben-Uliel’s wife, Orian, attacked the prison service and the prosecutor’s office for the decision, saying, “It’s an abuse for the sake of abuse. During his interrogations, Amiram suffered severe torture and they have not stopped abusing him and us since. Amiram is currently living in the most difficult conditions in the IPS – in isolation, without access to a phone, his visits are only behind a partition, he is locked up all day in a small cell, even the few minutes of sky he is allowed to see are through bars and nets. But that’s not enough for them, they just abuse him more and more, all in an attempt to break us, but we are strong.”

“This whole case is a libel, tailored by the prosecution, the Shin Bet and the IPS, which helps them break Amiram. My husband is innocent and that will be proven soon. This is the State of Israel, 2020, what a shame,” she said.

In one week, there will be another hearing on Ben-Uliel’s trial, when his attorneys, Asher Ohayon and Yitzhak Bam, are expected to present their summary of the case, after written summaries have already been submitted to the court. The attorneys will ask for a complete exoneration of Ben-Uliel, among other things in light of the fact that the confessions provided by Ben-Uriel were given under torture, and the reconstruction of the alleged crime was carried out under threats made by Shin Bet investigators, and was contrary to protocol.

According to the indictment of Amiram Ben Oliel, 25, who is accused of committing the triple arson murder in the Duma village on the night of July 31, 2015, the accused and a minor planned to carry out the crime together, but the latter did not show up and so the accused torched two homes in the heart of Duma by himself, and left two graffiti slogans on their walls of one of them. For this reason, Ben Uliel is facing murder charges.

But the testimony of Arab witnesses in the trial, as recorded in the investigation papers, contradicts the facts of the case. According to Ma’ariv. Two witnesses insisted that they had seen two masked men fleeing the scene.

One of the witnesses testified: “I saw two men dressed uniformly and with black covers over their entire heads, including the neck, with eye, mouth and nose openings; a long, black shirt, long sleeves and black jeans. One of them stood near the head of Riham and the other near the head of Saad, and fire erupted from them.”

The witness related seeing both suspects inside the house, but the crime reenactment and the indictment describe the arson as being carried out from outside only. The witness continued: “I yelled out to wake up the neighbors, and when I came back I saw that they had fled.”

The witness’s point regarding two attackers is supported by a document citing an IDF scout who reported seeing two sets of tracks. 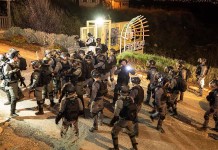 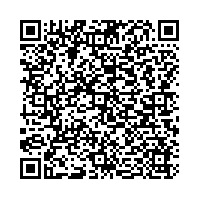