While still entangled in a fight with Shas Chairman Aryeh Deri over who would get which top-level ministry in Benjamin Netanyahu’s next coalition government––Finance or Defense––Religious Zionism Chairman Bezalel Smotrich has been meeting in recent days with six retired IDF Generals, including Dan Harel (former Deputy Chief of Staff), and Yiftah Ron-Tal (commander of the IDF Ground Forces Command), Kan 11 reported Sunday night. Smotrich checked with some of them about the possibility of becoming the director-general of the Ministry of Defense.

Ron-Tal gained notoriety in Israel back in 2006, after saying publicly that IDF Chief of Staff Dan Halutz should accept responsibility for failures in the war with Hezbollah and accept the consequences. He also hinted that then-PM Ehud Olmert should do the same.

The Shas chairman already informed Netanyahu on Sunday that he wants the Finance Ministry, and said as much to reporters. In response, Religious Zionism officials said that “Bezalel Smotrich is the next Defense Minister of the State of Israel.”

Possibly. Smotrich would be a good minister wherever he ends up, as was shown when he ran the Transport Ministry as it had never been run before. But what would Deri do as Finance Minister? So far, his only economic agenda during the campaign was a promise to issue food stamps to all the poor. It’s a nice idea, which is usually associated with the Welfare Ministry. Israel already had two ideologues at the helm of Finance – Yair Lapid and Moshe Kahlon, and each contributed what he could to destroy the economy (Kahlon actually announced he would do war with small investors who buy second and third apartments).

Religious Zionism officials said they would demand the portfolios of Defense, Education, and Religious Services––the latter also on the crosshairs of Deri’s Shas party. Smotrich and Ben Gvir’s faction will also insist on detailed coalition agreements including budget summaries of the increases they want for the Internal Security Ministry, plans to reform the ailing justice system, the regulation of settlements and outposts (meaning legalization), and strengthening the Jewish identity of the state.

Poor Netanyahu, is it any wonder he’s been fantasizing about roping Benny Gantz back into a partnership? But Gantz is held back by his faction partners, Gideon Sa’ar and Ze’ev Elkin, who have both been bruised so badly by Netanyahu back when they were Likud members, they are not going back (I mean, Bibi made Elkin his Minister of Water, for heaven’s sake).

In his attempt to figure out ways to control Smotrich, Netanyahu is doing what he does best with national-religious politicians – he ignores him while conducting extensive and fruitful talks with everyone else, including Itamar Ben Gvir.

Maybe he is hoping Ben Gvir would be unable to resist the temptation of taking over the police and prisons and would turn his back on his ally. It remains to be seen, although, on Sunday, Ben Gvir sent a strong signal that if Bibi prolongs the game, the folks with the knitted yarmulkes will up the ante, and demand to strike Reform and Conservative conversions from the definition of Jews who are covered by the Law of Return. It’s sure to raise a perfect storm with US Jewry––who declared WW3 over a piece of real estate by the Kotel most of them never visit; but at the same time, if it is proposed to the Haredim, they would be constitutionally incapable of refusing to support it.

Getting the Finance Ministry is a kind of do-or-die for Deri, who may not have what it takes to run the office, but knows that should he acquiesce to returning to the Interior Ministry, that would mark his glass ceiling, the best he can ever do. If the job at Finance would require making merciless cuts––never mind the billion or so shekels he’s going to issue as food stamps––Deri will make the cuts, for three years, and then kiss all the booboos on the fourth year, just before the next election. Avigdor Liberman was able to do it, why he scheduled the return of the gasoline excise tax on Tuesday night, right after the election. Brazen? You bet, but not anything Aryeh Deri can’t do.

Smotrich at the helm of Israel’s security apparatus would be another ball of yarn altogether. Because the man is a gifted administrator who listens to his staff, conducts frequent visits on the ground, and thinks big.

As the final arbiter in Judea and Samaria, Defense Minister Smotrich could bring immediate peace and cooperation with the settlers by regulating the currently illegal outposts, keeping the previous governments’ promises regarding northern Samaria (Homesh) and Evyatar, and making it tougher for Arabs to attack Jewish motorists and settlement-residents in Judea and Samaria with localized lockdowns of terror-infested villages.

Otherwise, the IDF would continue what it’s doing with the daily arrests in rowdy Arab cities such as Jenin and Shechem. It’s amazing how tightening the bolts by only 10 to 20 percent could bring substantial change.

And then, alongside Netanyahu, he would have to plan for the unavoidable war with Hezbollah and the similarly unavoidable massive attack on Iran. 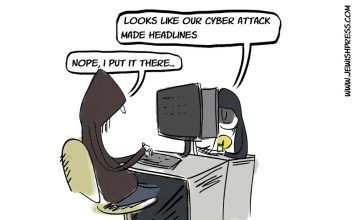 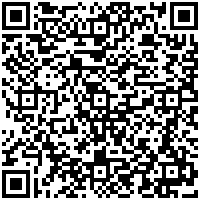