Meretz MK Mossi Raz on Thursday decided to join the urgent call of MK Uriel Buso (Shas) against the cancellation of daycare subsidies to the bulk of the Haredi public which was announced by Finance Minister Avigdor Liberman. “I am happy that the Minister of Finance is working to integrate the Haredim into the labor market, but this integration must not be carried out to the detriment of children,” MK Raz insisted.

As we reported on Wednesday (Liberman Cuts Daycare Subsidies to 21,000 Children of Kollel Students), the boom was lowered on the Haredi community in the form of denying daycare to the children of some 18,000 families where the husband is studying full time in a yeshiva. According to the finance minister, these families will lose their daycare subsidy as of September 1.


“There are better ways to integrate them, such as abolishing the compulsory draft or at least lowering the exemption age, introducing core curriculum studies, and more,” Raz suggested. He argued that the victims of Liberman’s move would be the people who are lagging in society: “Those who will be harmed by Liberman’s decision are low-income families, and there are many of them – not just in Haredi society. The state must reach out to the weak and not deepen their plight,” he said.

MK Yaakov Asher (United Torah Judaism) told Reshet Bet radio on Thursday that “Liberman offers the Haredi families to leave the country, for which he also provides us with wheelbarrows…”

That last one was a reference to a March TV interview in which Liberman was asked whether he would cooperate with the Haredim after Benjamin Netanyahu no longer served as prime minister. Lieberman replied in a jovial tone: “There’s no such thing. The Haredim together with Bibi will be taken on the same wheelbarrow to a good landfill.”

Yes, and if this imagery reminds you of certain specific pictures from Ukraine and Poland in the early 1940s, you should keep in mind that these came up when Liberman was in a cheerful mood.

According to MK Buso, his urgent call would probably receive support from additional coalition MKs. He mentioned Labor MKs Emilie Haya Moatti and Naama Lazimi, but there’s no doubt that more MKs, including from Yamina, would find the Liberman plan abhorrent.

Health Minister and Meretz chairman Nitzan Horowitz joined the criticism of the Finance Minister in an Army radio, saying, “I am in favor of giving children what they need – separate from what their parents do.” He added, “A child is an entity in itself, and if it’s in his best interest to be in a daycare center – I am not in favor of depriving him of it.”

Channel 12 political reporter Amit Segal said on Wednesday night that Prime Minister Naftali Bennett did not know at all about the announcement that was made by Liberman and that it came as a complete surprise to him. According to Segal, Bennett’s inner circle suggested Liberman’s was not a proper government decision and the finance minister never shared his plan with Bennett.

But Channel 13 political reporter Raviv Drucker said Bennett had known about the daycare decree and did not try to stop it, out of a desire to make staying in the opposition a painful experience for the Haredi parties, which could persuade them to drop their allegiance to Netanyahu and join the government.

Either way, challenging Minister Liberman at what happens to be the core of his promises to his voters—squeeze the Haredim and the Arabs into sharing in carrying the national burden—could not end well. So, once again, Bennett is spending quality time between the rock and the hard place. 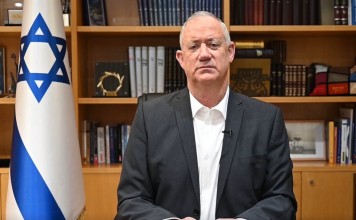 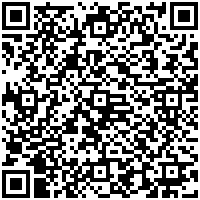