Rabbi Baruch Gazahi, who held the 11th spot on the Shas party’s slate and was scheduled to take his Knesset seat, replacing Interior Minister Aryeh Deri who is resigning temporarily in keeping with the new ‘Norwegian Law’ (See: Knesset Passes ‘Norwegian Law’ to Help Ministers-Rich Blue&White Party Add MKs), on Tuesday night informed Deri that he decided to resign from the Shas slate and would not serve in the Knesset.

On Tuesday night, News 12 reported on a series of statements by Rabbi Baruch Gazahi a few years ago, delivered in a kind of yeshivish standup mode, in which he used questionable idioms to describe unwanted behavior on the part of women, as well as embarrassing comments about Arabs.

Gazahi was reprimanded by Deri at the time and apologized for them. The fact is, much of what he teaches is fundamentally consistent with classical Jewish teaching: praise of women’s chastity, modesty and dignity. It’s his unrestrained style, seemingly unaware of how his statements may come across to an uninitiated audience, in a world of smartphones and social networks.

In 2016, Gazahi said in one of his sermons: “A woman should be humble. It’s commonly written in the sacred books of the cabalists that a woman who is used to revealing the top part of her body comes back in her next incarnation as a cow. Why? Because a cow’s udders are exposed – that’s the reincarnation. That’s why a woman must be kept closed.”

Gazahi later also mocked Arab men: “There is no beautiful Arab, have you ever seen a beautiful Arab? There is no such thing. He can put on perfume – whatever he applies – his smells of a bonfire.”

Rabbi Baruch Gazahi, 40, was born in Ethiopia, and immigrated to Israel in 1981. His family: two parents, five brothers and a sister, settled in Beer Sheva. Rabbi Gazahi is married, with four children: three daughters and a son.

“I met my wife at 27, and we got married straight away,” he told Hidabrut in 2016 (הכוכב המסקרן של הרשת: ראיון ראשון עם הרב ברוך גזהיי). “We decided to get married after one meeting. All the meetings that followed were just to keep the protocol. I knew who she was before we met, because she was our neighbor. My sister introduced us.”

After high school, Gazahi enlisted in the IDF Duvdevan unit (on which the TV series Fauda is loosely based). His unit received the prime minister’s recognition award for thwarting a terrorist attempt involving a 15kg explosive charge. After the army he attended law school, but dropped out soon to enroll in Rabbi hajbi’s yeshiva in Beer Sheva. He received his ordination eventually, and opened the Od Yosef Hai yeshiva, in memory of Rabbi Ovadia Yosef, the first major posek to recognize the Ethiopians as halachically Jewish. Rabbi Gazahi’s talks on YouTube attract tens of thousands of views.

Like other Orthodox YouTube preachers in Israel, Rabbi Gazahi provokes intense reactions from secular Jews (and in his case Arabs, too), with his blatant refusal to consider the damage which his harsh imagery and unrestrained statements cause within Israeli Jewry, helping as they do to increase the already gaping rifts between left and right, religious and secular, and, last but not least, white and brown. 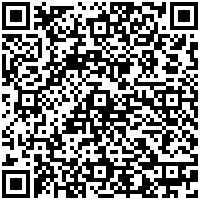