Only a day after a News 12 survey showed a significant weakening in the number of seats in the Likud in favor of Yamina, the party’s co-leader Ayelet Shaked gave an interview to Channel 12 where she stated that elections should be held as soon as the second wave of the corona is over.

“You don’t need the survey to see that this government is a government that has failed in almost every parameter in managing this crisis,” Shaked said.

The survey found that if elections were held this week, Likud would drop to 26 seats (from 36) while the second-largest party would be Yamina, with 23 seats (up from only 5 in the current Knesset, 6 if you add MK Rafi Peretz’s seat which he took with him to enter the Netanyahu government).

The third-largest party would be Yair Lapid’s Yesh Atid with 18 seats (up from 17); next would be the Joint Arab List with 15; Benny Gantz’s Blue&White with 9; Shas with 9; Avigdor Liberman’s Israel Beiteinu with 8; United Torah Judaism with 7; and Meretz with 5.

The survey also asked respondents how they would vote if Tel Aviv Mayor Ron Huldai and former Chief of Staff Gadi Eizenkot ran in a new slate together, and the new party did not affect the two parties at the top – Likud stayed with 26, Yamina with 23. However, the new party would take a bite out of Yesh Atid, leaving it with only 16; from Blue&White which drops to 7; and from Meretz which drops to 4. The Huldai-Eizenkot party would pick up 6 seats altogether, all of them from left to left-of-center parties.

In light of the above anticipated-earthquake, Yamina is not planning to remain Netanyahu’s dedicated supporters as has been the case since Habayit Hayehudi gained its first significant victory in 2013. This year, rather than obediently accepting whatever leftover portfolios Netanyahu offered them, Yamina opted to stay in the opposition and spent the time since the last election doing retail politics around the country. Naftali Bennett, Ayelet Shaked, and Bezalel Smotrich have been extremely active in supporting suffering small businesses, offering innovative solutions to managing the pandemic, and building a profile of a party that deserves a chance at the helm.

This time around they are not going to settle for scraps – they want to lead the country, with Bennett as Israel’s next prime minister. And the country appears ready to give him a chance. First, when asked by the News 12 poll if they want to go to new elections, 49% supported early elections, and only 30% wanted the current government to stay in place. A whopping 21% didn’t know which option was better, so if we split them between the yes and the no camps, there may be 60% of Israelis who want a change in leadership.

Shaked told Channel 12 that in her opinion her party is producing a real and worthy alternative to the Likud party and this is why they have risen so stunningly in the polls. Of course, there’s also the failed conduct of the current government.

“I think the prime minister and the Likud should deal with the question of how to lower the level of morbidity in Israel instead of dealing with the question of how to lower the Yamina party in the polls,” Shaked said. “When a poll is published, what interests Netanyahu is to refer to Yamina’s results. We go all around the country all the time, talking to people who have lost their livelihoods, their dignity, and their bread, and part of that is because of major failures of this government.”

“Yamina is a governmental alternative, our party sets an agenda that is relevant to all the citizens of the State of Israel. I think Bennett can lead the country and be an excellent prime minister, but we are not forming coalitions yet,” Shaked said.

Shaked also supported the broad view in Israel that the main reason Netanyahu insisted on declaring an emergency lockdown had to do with his desire to ban the demonstrations against him. As a result, she argued, thousands of small businesses are being held hostage by a government that can’t endure criticism against the PM.

“Get along with the demonstrations, a demonstration is a gathering that probably also requires guidelines, but you know that ten people can work within the regulations, so why don’t you let them?”

The answer is that if businesses start coming back, the state of emergency would eventually have to be lifted – and Balfour Street will once again fill up with pesky demonstrators.

In the past, Habayit Hayehudi and its offspring Yamina enjoyed stunning predictions in the polls which eventually evaporated and one time even left both Bennett and Shaked out of the Knesset altogether, having failed to cross the vote threshold in one election. So it’s possible that many respondents didn’t so much commit their votes to Yamina as decided to park their votes there until something more appealing comes up. On the other hand, with hundreds of thousands without an income and with Netanyahu’s government stumbling from one fiasco to the next (after revelations that many coalition leaders defied the coronavirus regulations, Chevron announced it was going to almost double the cost of the gas it sells Israel’s electric company – based on contracts designed under Netanyahu’s watch).

Bennett certainly deserves a chance at the helm, and, as the old adage goes, be careful what you wish for because it just might come true. 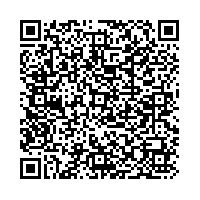